Brikama Youth and Sports Committee (BYSC) will tomorrow, Saturday 24 December 2011 launch the road to 2012 CAF African league fund-raising initiative for their heroic champions, Brikama United, at the Box Mini-stadium at 9am.

The initiative is part of their effort at raising adequate funds for the West Coast Region outfit’s participation in the upcoming CAf Club Champions league scheduled to take place next year.

As part of their preparatory programme, they have since a couple of weeks ago been involved in a series of test matches on home soil.

Their recent friendly matches included a 1-nil loss to Steve Biko and a 2-1 defeat to the Senegalese FA Cup winners Cassa Sport. 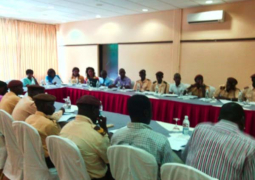