This information was revealed to journalists by the principal of the school, Ismaila Ceesay, during a press briefing at his office.

According to him, Bansang Educational Appeal is committed to supporting, promoting and strengthening education in Fulladou West district.

Since its establishment few years ago, the foundation has been very supportive in paying school fees, and providing learning and teaching materials to schools in the district.

The schools that have benefited from the foundation include , , , , , and .

With support from the foundation, was able to open a new computer class where students from other schools are learning computing at reasonable cost.

"The foundation provides educational materials such as books, stationery, computers, physical education items and a grant for each of the sponsored school to use as revolving funds to generate more income to support small projects in their various schools," he added.

For her part, Dr Annabel Kerr, the initiator of Bansang Educational Appeal, stated that she once worked at the as a volunteer in 2004 and later realised the need to do something for the community of Bansang and its catchment areas.

According to Dr Kerr, the number of students the foundation has been sponsoring has continued to increase year by year from the initial 20 students it started with in 2008.

"We, of course, support them with learning and teaching materials; this has led to the formulation of links between the schools in The Gambia and in ," she added.

In the same vein, in the has also been linked with , whilst and were respectively linked with and .

The reason for these linkages, according to Dr Kerr, was to build mutual understanding and everlasting relationships among schools and students of both countries to learn each others’ culture and tradition.

For his part, Alieu Baldeh, Science Master at , commended Dr Kerr for her laudable initiative.

He said also that the foundation had developed a partnership with the sister schools in to work hand in glove in promoting education in both countries.

Some of the plans for this year, apart from sponsoring the selected 75 students, will include refurbishment work at Sololo and , he says, adding that they would also fence and upgrade the library and computer lab of . 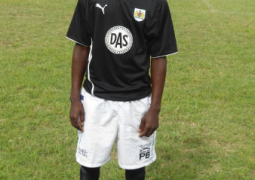 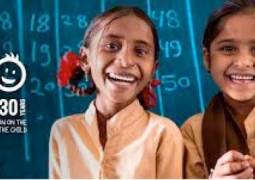