Jarama FC will clash with Police Academy FC in the final of the Samba Faal trophy, slated for Saturday July 4th 2009, at the Banjulinding Football ground.

The well-known tournament which has been successfully orgainsed by Rongo and the Banjulinding Sports Committee for the past years, was meant to promote grassroot football as well as promote mutual understanding among young people in Banjulinding and its surrounding villages

The 8th edition of the Samba Faal generous trophy will kick-off at 4.30 PM. 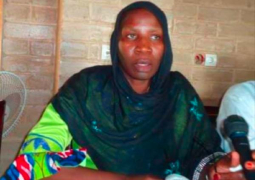