Banjul will face Bakau in the Super Nawetan competition semifinals of the 2012 Super Nawettan zonal football competition, after winning their quarterfinal games at the weekend.

Banjul made it to the semifinals after beating Sukuta by a goal to nil in the quarterfinal game played at the Serrekunda East Mini Stadium on Sunday.

Matarr Sugufara scored the only goal of the game for Banjul in the 25th minute of the game from a clever finish after capitalizing on Sukuta’s defensive error.

Meanwhile, Brikama will today, Tuesday, host Barra Essau and Mayamba (BEM) at the Brikama Box Bar Mini Stadium in the third encounter of the quarterfinals.

Speaking to reporters shortly after his side’s 1-nil defeat in the hands of Banjul, Seedy Barrow, head coach of Sukuta, said his boys played well and created chances but could not capitalize on them, which resulted in their loss to Banjul.

He said he was impressed with the performance of his team during the campaign despite failing to reach the final, as they did last year.

Now that it is over for them this year, he remarked, they would go back and prepare for next year.

Barrow said he was disappointed with the officiating of the game by the central referee. 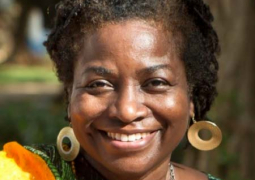