The former Secretary General and Minister of Presidential Affairs, Momodou Sabally, yesterday blamed Musa Sinyan, chief of protocol at the office of the Vice President, for failing in his responsibilities during the South African trip for President Jacob Zuma’s inauguration.

Sabally made this statement in continuing his defence testimony before Justice Amadi, at the Special Criminal Court in Banjul.

Giving his evidence in counts two and four, which are economic crime and abuse of office, Sabally said he did travel to South Africa and also received D38, 242, which was for the purpose of the trip to South Africa to attend Jacob Zuma’s inauguration and Thabo Mbeki’s lecture at the University of South Africa.

“I did travel to South Africa with a delegation headed by the Vice President. When we arrived, the protocol team headed by Musa Sinyan, the VP’s chief of protocol assisted by Ndey Haddy Jeng, started arranging the logistics,” he said.

Sabally said that from the beginning of the work of the protocol, they started encountering problems because the team was not delivering as expected, and they could not get the IDs for the inauguration ceremony until around 3a.m.

He said that when the team finally arrived from Pretoria to Johannesburg, Musa Sinyan and himself (Sabally) agreed to meet at the hotel reception by 7 a.m. and they were to depart in the same car, together with Ousman Keita, VP’s photographer, to go to the VP’s hotel so they could join the convoy that would take them to the inauguration ceremony in Pretoria.

“Musa Sinyan denied having any agreement with you that you are to leave together in the same car in his evidence,” said counsel.

“That evidence was not true, and that we had separate cars is not also true because if I had my own car I would not have waited for him,” Sabally told the court.

He said when he found out that Sinyan had left earlier, he called The Gambia’s honorary consul Lette to come and give him a ride to the VP’s hotel.

Mr Lette came with his car, and drove him to the VP’s hotel.

When they arrived there, the VP’s convoy had already left for Pretoria, and he (Sabally) again appealed to Lette to use his car and drive him to Pretoria so he could attend the inauguration, and Professor Kah joined them for the trip, he told the court.

According to Sabally, they had a lot of difficulties because they were not in a convoy, which hindered their progress.

“The advantages in a convoy are that others will leave the way for you, and in a convoy traffic rules did not apply to you,” he said.

Arriving at Pretoria, he continued, one has to go through several security checks before even getting close to the venue.

He said they went through all these huddles until they reached the last security check, where they were stopped because they were told that other head of states were moving in.

They pleaded, but they were told that as a matter of protocol they would not be allowed in, he said.

It was not true when Musa Sinyan in his evidence said he was not responsible for his (Sabally’s) movements, because it is standard practice for the protocol to always alert him (Sabally) in terms of movement.

“The power that the protocol has is far-reaching because even if he asks me not to move I comply,” said Sabally.

It was Musa Sinyan’s responsibility to coordinate all movements, which is a standard practice, he said.

He said that due to the protocol officers they had logistical constraints, and had to rent cars because the South African government could not provide enough vehicles for the entire delegation.

He further stated that normally he would have been lodged in the same hotel as the VP, but again due to lack of availability of space he was lodged in a different hotel.

“I did not neglect my duties; in spite of all the obstacles that prevented me from attending the inauguration ceremony, I did everything humanly possible to attend the ceremony, which I very much wanted to be part of,” he said.

He said the amount of D38,424 per diem he received was for both the inauguration ceremony and Thabo Mbeki Lecture, as well as to spend on his room, board and other incidental expenses during his stay in South Africa. 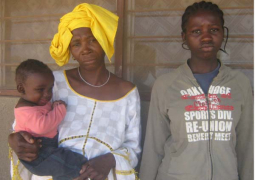