Bakau United striker, Pa Amadou Gai is brimming with hope that his side stand a chance of winning their first ever league title since gaining promotion to the first division in 1999.

The ambitious hit man made these remarks, shortly after his sides 3-1 victory over defending and FA Cup champions Wallidan FC last Sunday at Manjai Football Field where his brace helped Bakau United climb the summit of the league.

The former U-17 and senior National team forward, who recently returned home from the United Kingdom, also advise his teammates to stand strong for the challenges that lie ahead of them, having the ultimate goal of going for the championship.

According to Daddy, as he is fondly called, a lot is expected from him due to his outstanding record in goal scoring. That makes him arguably one of the fiercest looking hit man in the league.

The giant striker, who has had a lot of unsuccessful trials abroad, is hopeful that he will one day realise his dreams of playing in a professional league.

The Bakau United ace finally expressed optimism that his team will put up a respectable performance when they entertain Seaview FC on Wednesday 4 March 2009 at the Serrekunda East Mini Stadium. 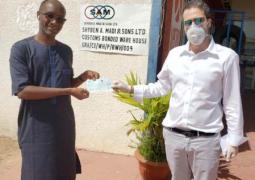 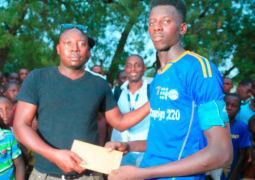