News of killings and suicides have become as numerous as worrisome these days.

Sometime ago it was a woman who allegedly killed a 14-year-old boy with the use of a knife in Kotu Quarry.

We also report in Today’s edition the case of a woman who allegedly murdered her own son by giving him a noxious substance.

Almost on a daily basis, readers read and get shocked by the occurrence of more and more of such incidents of murder, and the others such as suicide.

These sorrowful happenings make us wonder what is happening to our society today.

Some murder cases we reported, sometime ago, were believed to have been perpetrated by mentally ill persons on their own relatives.

On the other hand, under age girls no longer seem to be safe in this country.

Yet many appear seemingly untroubled by the trend.

The clearest illustration of this kind of cause-effect link tends to be that men with ugly sexual passions rape them at the slightest opportunity, which seems to take place everywhere, since the victims are even raped on the farms.

This is what we read about in the papers every day. It is so disgusting!

But we also need to ask why do they defile our girls, and leave them with scars for life?

Whatever the motive maybe, rape is abominable.

This is, indeed, a cause for concern to all, and people should take extra care in how they relate with their beloved but mentally sick relatives.

Life is too precious to be taken in such a manner, and there is a need for all to put hands on deck to arrest the trend.

People should also be extra careful, and not allow young girls to go about all-alone. They should always be accompanied.

Besides, they should be trained not to accept gifts from strangers.

“For everything that lives is holy, life delights in life.” 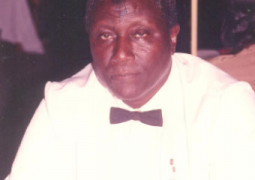