Bakau United and Africell were the first to berth a place in the semi-finals of the ongoing FA Cup Championship after edging-pass their opponents Steve Biko and Tallinding United in a dramatic penalty shoot-out at the Serekunda-East and Manjai Football Fields, respectively.

Biko who were without key striker, Assan Jatta who recently left the country for Belgium played an embarrassing goaless draw against city rivals Africell before going further to lost on a penalty-shoot-out by 5-4, at the Serekunda East Mini-Stadium on Saturday, despite the presence of their U-17 players who have been missing for sometimes.

Bakau United have also had a superb start to the Cup FA championship, despite the recent departure of an influential star striker Pa Amadou Gai who has signed a two-year professional contract with the Canadian side Montreal FC.

The team have struggled to cope without his departure, amid speculation that Bakau United will no longer make an impact in the league, but their recent success in the FA Cup championship have absolutely given their fans something to be optimistic about.

They started their FA cup campaign with an emphatic 1-0 win over the 2006 league champion Real De Banjul and went further to eliminate Tallinding United in the Quarter-Final on Saturday which earned them a place in the semi-final spot where they will meet the winner of Samger and Gamtel's game.

Meanwhile Africell who defeated neighbours Seaview, GPA and City rivals Steve Biko in their FA cup matches will face either Young Africans or the FA cup title holders Wallidan in what could be described as tough encounter in the semi-finals of this year's FA cup championship. 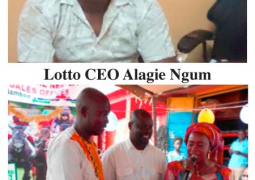