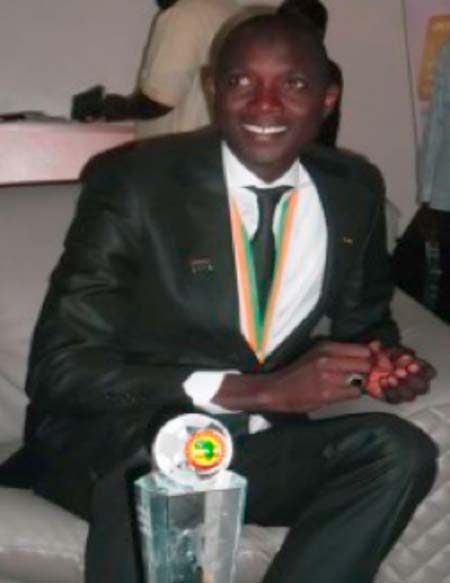 Gambian referee Bakary Papa Gassama is voted African Referee of the year by the Confederation of African Football CAF.

Papa was voted by CAF Member associations and was awarded the coveted trophy at a gala event held in Lagos, Nigeria, on Thursday 5 January 2017.

This is the third time in succession that Gassama has been voted by the continent as its best Referee.

Gassama will further proceed to Gabon where he will lead a high panel of African referees for the forthcoming AFCON finals.

The President of the Gambia Football Federation, Lamin Kabba Bajo, has quickly reacted to Gassama’s phenomenal achievement describing him as a young man with high sense of dedication and fairness on his arbitration of matches hence his winning of the award. “Hearty felicitations to Papa for winning the title again; he has made us all happy and proud. Keep it up Papa,” Bajo posted on GFF facebook page.