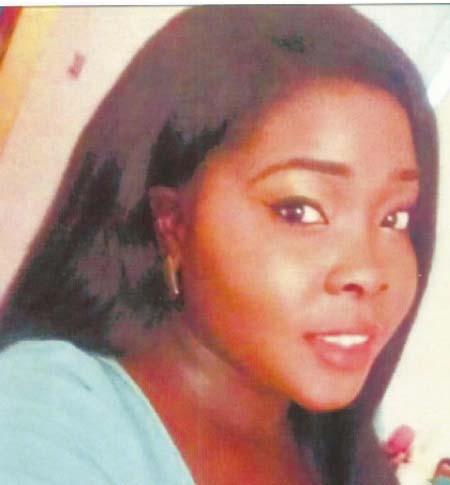 Living with the loss of a loved one is always hard, and the feeling of grief is made more acute around certain events in the year; such as birthdays, family and public festivities, and, of course, with added poignancy, on the anniversaries of their deaths.

10th of January 2017 marks the first anniversary of Neneh Girl’s passing.  A year goes by so quickly, unlike the pain of loss, which lingers, and lingers, like an unwelcome tenant of the soul that refuses to go away.  And though time might assuage the intensity of the pain, it cannot extinguish it entirely, nor can it stem the episodic jabs of acute sadness, which still retained the raw, lump-in-the-throat immediacy of pain, that one had felt on the day of our loved one’s passing.

On the evening of 9th January 2016, Neneh Girl was feeling palpably excited, and seemed infused with a more-than-usual exuberance. She had arrived in the Gambia just a few days earlier, having come from Nigeria where she had been visiting her best friend.  A new job, in blogging, was awaiting her in England, where she had been residing at the time, so she decided to take an ‘extended transit’, so to speak, to see her family, before returning to England to knuckle down to the new challenge. Her flight was scheduled for 10th January 2016, at 5pm. So naturally, she and some of her cousins could not resist the temptation to go on a farewell outing, on the evening of the 9th.

On January 10th, at around 5am, the phone call came. Neneh Girl had been in a car accident, and she was at the hospital. The drive to the hospital was the most traumatizing ride that any parent could experience. With half-hope and half-fear, one pulled up at the parking lot of the hospital, and on wobbly legs and pulsating heart walked into the hospital, putting the hopeful foot first. Imagine then the shattering despair that collapsed our world when told that Neneh Girl had died. One of our cousins had to ask, ‘which Neneh Girl?’, as if we knew any other! At moments like these, one might be tempted to echo the words of the great poet who wrote ‘funeral blues’:  “Stop all the clocks, cut off the telephone… Bring out the coffin, let the mourners come. The stars are not wanted now: put out every one; Pack up the moon and dismantle the sun; Pour away the ocean and sweep up the wood. For nothing now can ever come to any good”.  We felt horribly robbed by fate, and spirits all round were inconsolable.

On a Friday afternoon, around 2.30, on September 13th 1985, we had returned from school to news that the baby had arrived. It was a girl, and we could hardly contain our excitement. We were at high school then, so considerably older than she was, which perhaps partly accounts for the fact that by her early childhood, she had evolved a temperament, outlook and sense of self, matured beyond her years. Between the arrival and the naming ceremony, we had the slight problem of what to call this ‘’Neneh” who was a girl, and hey presto, the solution was staring us in the face. On the naming day, she was named Isatou Mboge, after her grandmother, but it would seem that only official documents took any notice of that: Neneh Girl prevailed.

She began her schooling at Marina International School, and at aged nine, left for the UK, where she continued her education, leading to a university degree in Business and Media & Cultural Studies. Media was her passion, and she organized much of her life around this passion. Hers was the kind of personality that was engaging but not given to girly gossip or idle gatherings. Because she was focused on her ambition, she could sidetrack distractions; because she had an independent mind, she could not be easily swayed by passing fads or unwholesome trends or bedazzling trinkets. Yet, she was as sociable as she was kind; full of life and warmth, polite and well-mannered. Her life theme, as it were, was self-empowerment, through education and hard work, for herself and other girls and young women.

She exemplified girls’ empowerment, and was also a passionate advocate for it, believing that girls should be given opportunities to fulfill themselves.

In honour of her twin passions of media and advocacy, an Isatou Mboge Fund For Girls’ Empowerment has been established under the umbrella of the Francis Degaulle Njie Foundation in collaboration with the University of the Gambia’s School of Journalism and Digital Media. The fund will provide scholarships and support to girls and young women to fulfill their educational and career potential.  She would have been proud of the initiative. We extend our deepest gratitude to the School of Journalism and the Foundation. As fate would have it, Neneh Girl was Francis Degaulle Njie’s sister, and out of their tragedies, the families have tried to create a greater good, beneficial to the whole society. That is the families’ greatness.

Neneh Girl is gone, but her memory will remain with us forever.  Our thoughts and prayers will always be with her, and her legacy will stay aloft and aflame through the Isatou Mboge Fund, and in our hearts and minds.

TRIBUTE: TRIBUTE (EULOGY) TO SIR DAWDA KAIRABA JAWARA FIRST PRESIDENT OF THE REPUBLIC OF THE GAMBIA AT A MEMORIAL PRAYER MEETING IN FOREST GATE LONDON ON SUNDAY 15 SEPTEMBER 2019