He has so far made 18 appearances scoring four goals this season.

He is currently on a one-year deal with Valletta FC, soccerway has indicated.

Aziz is playing for the same club with another Gambian footballer Hamza Barry.

He played for IFK Lidingo, a Swedish sports club based in the Island of Lidingo in the year 2000 to 2001 making 19 appearances scoring 21 goals. He then joined Djurgarden the following year in Sweden.

In the 2004 season, Nyang was on loan with Åtvidabergs FF, a Swedish professional football club based in Åtvidaberg.

During the 2007-2009 season, Aziz was on the books of Assyriska Föreningen, a Swedish football club based in Södertälje.

Aziz made a total of 37 appearances and scored five goals.

During the 2009-2012 season,  Aziz Corr joined GIF Sundsvall, a Swedish professional football club based in Sundsvall.

In his three-year spell in the club, Aziz scored ten goals with the Swedish club.

During the 2011-2012 season, Aziz continued his spell in Sweden with IF Brommapojkarna.

The 6ft 1in Gambian striker also played for the Gambia national squad in 2005, making 14 appearances and scoring three goals.

The striker’s club’s website has stated that the burgeoning star started a trial with Mark Miller’s squad just after the Citizens’ elimination from the Europa League qualifiers to Belarus side FC Minsk in July. 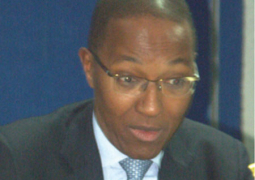