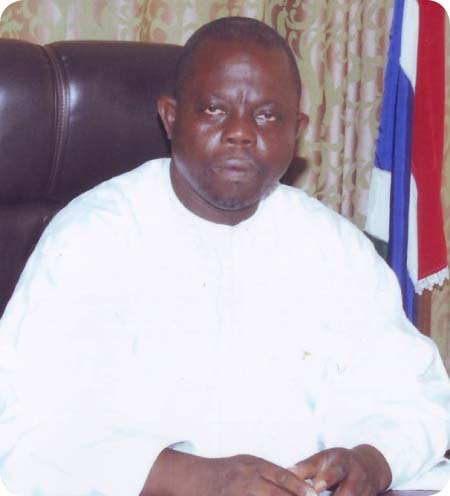 Education Ministers have the very important responsibility to ensure quality education of the future leaders of the continent so that Africa can rise and occupy a dynamic force in the world arena”.

This statement was made by Dr. Martial De-Paul Ikounga, commissioner for human resources, science and technology (HRST) of the African Union, during the opening on Friday 25 April 2014 of the sixth ordinary session of the Conference of Ministers of Education of the African Union (COMEDAF VI) in Yaoundé, Cameroon, under the theme: “Educating for African Renaissance towards 2063”.

The Gambia’s minister of higher Education, Dr. Abubacar Senghor, it was learned, is among the AU ministers gathered in Yaounde.

The conference was officially opened by Philemon Yang, prime minister of Cameroun, who underscored the importance of education in the socio-economic and political development of the continent. Prime minister Yang emphasized the importance of training and skills development for effective employment of the youth, focusing on concrete proposals and recommendations to improve the continental policy in training and education.

He further encouraged the participants to produce relevant and useful recommendations in order to make appropriate contributions to the state of Education in Africa.

Commissioner Ikounga welcomed the participants, and made special mention of the Pan African University (PAU), as an example of success in higher education and the acceleration of quality education in Africa.

He said that bridging gaps and creating synergies in education policies in Africa is an essential part of educating for African renaissance towards the 2063 Agenda.

The AU ministers convened to review progress made on the implementation of the plan of action of the 2nd Decade of Education for Africa since the last COMEDAF V held in Abuja in 2012. Special focus was to be placed on the necessity to provide continual support to teacher development to contribute to sustainable growth and development in Africa. Africa’s need for teachers to train students to become globally competitive was to be underlined.