Armed Forces have suffered yet another upset in the 2011-2012 Gambia Football Association (GFA) division one league following their slender and narrow 1-0 defeat to blue boys Wallidan in the week fixtures played at the Serrekunda East Mini-stadium on Wednesday.

Foday Bah’s Wallidan are currently struggling in the new season as they recently lost to Bakau United 1-0, and Armed Forces were defeated 2-1 by Young Africans in their previous matches.

Both teams came into the game with the intention of bagging the maximum points in order to close the gap to the current league leaders Young Africans.

The two sides put up stunning performance in the game and created numerous goal-scoring opportunities but it was Wallidan that happened to make the best use of their limited chances when midfield general George Cole netted the opener in the 75th minute of the game, which eventually proved to be the winner for Wallidan.

Armed Forces, who have so far lost four games in the new season, fought back for an equaliser and created some goal-scoring opportunities but all their efforts were denied by Wallidan’s defence line, thus the game ended 1-0 in favour of Wallidan.

The game’s result has therefore put Armed Forces at 6 points and Wallidan at 7. 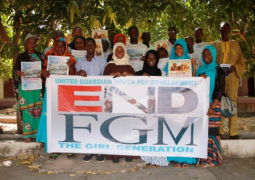