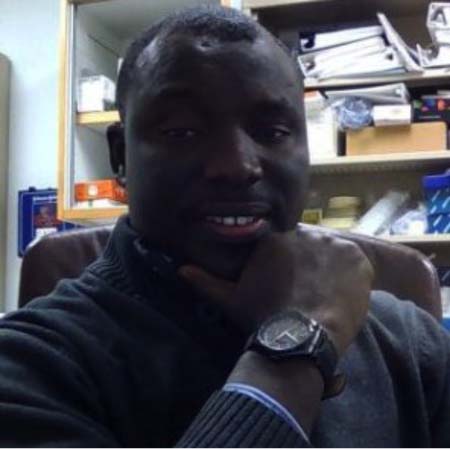 I hereby, join my fellow Gambians in thanking the Almighty, Subhaana Watahalaa for ending our political stalemate amicably, without plunging our country into an imminent anarchy. Moreover, I would like to congratulate all Gambians for ending Yahya Jammeh’s twenty-two years of dictatorship peacefully, and for repossessing our dear country - The Gambia, our homeland.

Although I could compose a Doctoral dissertation on the past, present, and future state of our country, I choose to be rather concise in this script, for specificity and precision.

As Gambians welcome you en masse to the mantle of leadership, I would like to congratulate you on your election initially as flag-bearer of the Coalition, and ultimately as President of the Republic.

More importantly, I would like to use the opportunity to share with you certain elements of wisdom that I humbly believe is the most-prudent way forward, after two decades of what is generally conceived as one of the most-brutal autocracies in recent African history, perpetrated against Gambians by the Alliance for Patriotic Reorientation and Reconstruction (APRC), through their henchman, Yahya Jammeh (Alh.).

It is irrefutable that Gambians in general have been marginalized socially, politically, and economically for three decades under the People’s Progressive Party (PPP), through the leadership of Sir Dawda Kairaba Jawara (Alh.), first president in the First Republic. Worst, they have been brutalized and stripped off their human dignity over the past two decades under the APRC, through the savagery of Yahya Jammeh, second president in the Second Republic. These experiences have inflicted lasting trauma and utmost destitution on Gambians. Although such ineptitude, fecklessness, and spineless leadership seem to be the doleful characteristic of African ‘democracy’, it is neither ordained nor sanctioned by Nature and therefore, must not be either condoned or accepted as a norm.  Thus, it will be judicious for a new leadership of our country to ascribe to the basic reality that Africa’s most definitive political anathema is the pandemic system of autocracy, propagated by its few sons and daughters who harbor insatiable thirst for power, and are never willing to give it up for the common good. I have categorically stated in one of my past scribbles that the reason Africa continues to occupy the bottom of the totem-pole is not because its natives lack the intellectual capacity to elevate their living standard, but rather due to cowardly political leadership that is alien to dissent, and spares no effort to subjugate its citizenry for personal aggrandizement (http://iharare.co.zw/a-critique-of-you-lazy-african-intellectuals-field-ruwe-by-dr-lamin-han-mbye/). I referred to such debauchery as the unfortunate and weepy conundrum of Africa. In that same piece, I invoked all four of God’s Holy Scriptures (Zabur, Torah, Injil, and Quran), and referenced Charles Darwin’s masterpiece, On the Origin of Species, to emphasize the equality of Mankind and demystify the concept of Western supernaturalism. I delved on to articulate that as humans, God endowed upon Mankind the same brain capacity and dignity. Therefore, the only apparent panacea to the Western prosperity we all enjoy today is political stability and continuity, underlined by conducive intellectualism and innovation. This is in contrast to the penury, destitution, and anarchy that ravage the African continent simply due to perpetual rule, repression, and political archaism. As you would recall during your sojourn in the United Kingdom, Western societies generally presume the average African to be incompetent, until otherwise proven. I vehemently believe that such prejudice is mainly precipitated by the feckless nature of our political leadership, and its proven inability to engineer development within African societies.

Of course, the natural law of Physics edifies us that energy can neither be created nor destroyed, which implies that the human and natural energy available to Man is equitably allocated across continents. Thus, the difference in societal affluence among socio-political boundaries is dependent on how we enrich and utilize such energy. Further, Sociology dictates that in order for meaningful social development to occur, humanity must utilize both quantitative and qualitative parameters. The exhilarating principles of Neurobiology also teach us that in order to unlock the human mind potential, knowledge and creativity must be enhanced. Lastly, basic democratic principles necessitate peaceful transfer of power and continuity. Thus, Africans must be attuned to these natural principles if we ever desire to be among civilized nations. Besides, it is less deleterious and more sensible to kowtow to divine principles than defy them. The simple reason for the West African sub-region alone to underwent thirty-five successful coup d’états in fourteen countries since post-colonialism, is bad governance and political maladroitness.

Specific to The Gambia, it is imperative to realize that in order to successfully emerge from the political debauchery of the past government, your administration must conform to the basic tenets of democracy, characterized by constitutional, institutional, and social reforms.

Constitutional reform begins with codifying and safeguarding a presidential term limit within our constitution. Presidential term limit, as it applies to the Coalition’s memorandum of understanding (MOU) is for the flag-bearer to serve three years as president, and not seek re-election until after five years following end of the transition period. Moreover, be reminded that two of the sacrosanct aims of your MOU is to avert perpetual rule and institutionalize presidential term limit within our democratic dispensation. Thus far, I have been heartened by your equanimity, humility, and levelheadedness, although your unwillingness to answer specific questions pertaining to the three-year transitional term in recent Senegalese media interviews prove worrisome. As citizens, we must come to terms with the dictum that making peaceful change of government impossible will inevitably resort to forceful jettison from power, to paraphrase America’s 35th President. Africa must reconcile with this reality, and Gambia in particular must sanctify its veracity, if we are to ever maintain stability, development, and innovation! You have repeatedly acknowledged the surprising nature of your meteoric ascend to the presidency, which was catalyzed by recent turn of events in our political spectrum. Thus, you now have the opportunity to positively influence the afore-mentioned bigotry levelled against Africans, by demonstrating effective leadership and political maturity not just to Gambians, but the World at large. Moreover, you have a tangible prospect to add your name to the coveted list of the Aden Addes and Nelson Mandelas of Africa. I therefore, hope that you will utilize this opportunity and become the beacon of political transformation that our country aspires voraciously.  While I remain cautiously-optimistic, I also solemnly pray that societal sycophancy and the corruptive nature of power do not influence your current pristine state of mind, as it has done to many others including your immediate predecessor.

Just it is evident that there cannot be a developed society without an effective government, there also can never be a potent government without strong institutions. Institutional reform equates to safeguarding the principles of democracy such as equality, political tolerance, human rights, transparency, and the rule of law, to name a few. As you belabor on forming an administration, I humbly urge you to establish an inclusive government of the people, by the people, and for all Gambians. It would be perilous to our newly-found democracy if your administration is to become a homogeneous coterie of a specific tribe or creed. Rather, it must represent the diversity and heterogeneity of our society, made up of all religion, tribe, and gender. Moreover, it must prioritize competence over party affiliation, simply because nations are built by talent and not by party allegiance. It is estimated that there are ninety-thousand Gambians currently residing in the Diaspora. Among them are academics, technocrats, and potential leaders. It would be prudent therefore, to tap into these dynamic and industrious resources readily-available for nation building. Such human resources would mechanize the three major institutions of government (Executive, Judiciary, and Legislature), as well as academic, finance, and civic institutions. Moreover, it would effectively end the importation of foreign nationals to dictate our national affairs, and establish a seasoned workforce replete with national pride.

Given the tyrannical oppression experienced by Gambians during the past regime, it is pertinent to emphasize that there can be no orchestration of our new democracy without equitable social reforms.  Social reform begins with establishing judicial commissions to litigate atrocities levelled against ordinary Gambians by the past regime, and re-instate peoples’ sense of dignity. Such is inequivalent to retribution and must not be construed as revenge, but rather accentuated by the axiom that justice either denied or deferred is a form of injustice. Whether we acknowledge it or not, the impact of Yahya Jammeh’s erraticism and wanton savagery has pervasively pulverized every family of our small-knit society. Thus, the only way we can genuinely heal from it is to institutionalize justice. Social reform also constitutes using the public media to promote health, civic, and political awareness, in an attempt to advance longevity and instill the valuable ethics of hard work, integrity, and conscientiousness among the populace. Thus, I hope the Gambia Radio and Television Services that has disgracefully served as the propaganda mouthpiece of the despotic APRC regime for two decades, will suddenly be transmuted into its purposeful role of enlightening the public.

In a nutshell, as a people, it is time to become masters of our own fate and controllers of our destiny, by conforming to the principles of good governance. This renders us the opportunity to demonstrate our inherent human dignity, occupy our rightful places in society and most importantly, be accorded the respect we deserve. Let us reckon with the fact that leadership is not to be imitated. Instead, it goes with acquiring the mental and moral efficiency that formulates policies and implements developmental agenda. As a nation, we must begin to treat our political leaders as public servants and not masters. The simple basis of leadership is to protect, inspire, and revolutionize society for better. These responsibilities mainly rely on government, for it is the machinery entrusted with public resources to accelerate development. As a result, we must begin to implement effective vetting process in our search for leaders, to make sure we select personnel who harbor the right attributes. Moreover, we must be conscientious enough to speak truth to public servants who occupy public offices. Neuroscience teaches us that sycophancy only corrupts the human mind and instigates demagoguery. This is what hoodwinked Sir Dawda to a ‘prophecy’ echelon, and catapulted Yahya Jammeh to a monstrous stratum.

As a society, we must begin to value academia.  Likewise, we must start to perceive intellectualism as intriguing and not threatening. Education nurtures the human brain, develops the persona, and transforms a feudal society into ‘paradise’. This is how America transformed itself into a beacon of hope, and Singapore into a miraculous societal ingenuity.

Since it is the combination of government and people working together in unison and harmony that leads to societal progress, we must stand together as one people, with one goal, and for one nation, for if we insist on pursuing our selfish interest through sycophancy and toadyism, instead of prioritizing our national interest, we will indeed flounder. Let us renew these promises we made to ourselves and to our nation at the time of independence, as enshrined in our National Anthem. In doing so, I hope we adhere to Benjamin’s aphorism that being ignorant is not so much a shame, as being unwilling to learn, by learning from our past mistakes.

Please accept my sincere wishes for your success as president, as I patiently observe your scripted-version of our national history.

In the service of Nationhood,