The President of the Republic, Alhaji Dr Yahya Jammeh, recently donated 20 school buses to various Senior Secondary Schools around the country at a ceremony held at the July 22Square.

Expressing his appreciation to the gesture from President Jammeh, Mr Sheriffo Sanneh, a senior teacher at Siffoe Senior Secondary School, one of the beneficiaries, expressed appreciation on behalf of his principal to President Jammeh for what he described as a laudable gesture.

According to Mr Sanneh, the gesture will go a long way in contributing towards ameliorating the transportation constraints being faced by students in his area.

He also gave the assurance that the donated items will be put to good use.

Also speaking to these reporters, Mr Lamin S.M. Bojang, a History and Government teacher at Siffoe Senior Secondary School, appealed to the President to improve the welfare of Gambian teachers.

He also hailed President Jammeh for his 'immense' contribution towards the development of the education sector.

Ousman Jobe, an Agricultural Science teacher, said the gesture could not have come at a better time than now when students are in 'dire' need of such. 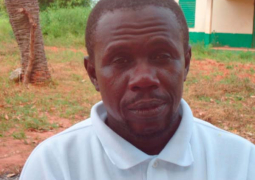