The robbery trial involving the former Inspector General of Police, Ensa Badjie, and Chief Superintendent of Prison Ali Ceesay, yesterday continued at the Special Criminal Court in before Justice Ikpala.

Ensa Badjie and Ali Ceesay were arraigned at the court charged with various counts, including conspiracy to commit a felony, robbery with violence, receiving stolen property, aiding and abetting, robbery, conspiracy to commit misdemeanour, aiding prisoner to escape, official corruption, conspiracy to defeat justice and interference with witnesses, deceiving witnesses, offences relating to judicial proceeding, and using criminal charms, among others.

Testifying under cross-examination, Ensa Badjie told the court that City Pub is in Serrekunda, and that he used to go there when he was posted at Serrekunda Police Station, on night patrol on official duty.

He added that, when he returned from , he never visited the pub before, and was first posted at the Serrekunda Police Station in 1991.

He said his second posting was in 2005, and later left for , denying being a regular at City Pub and that he never lived in City Pub.

When asked about the ownership of City Pub, Badje told the court that one Seedy was in charge of City Pub.

He denied knowing the seventh prosecution witness, one Tony Yaya Babou who is the head of City Pub, and also denied that Tony assisted them in carrying out police raids, further denying that Tony was his friend.

Badjie revealed under cross-examination that Tony was beaten and detained for one month seventeen days at the NIA, and was tortured, adding that this was why he (PW7) lied against him.

Ensa Badjie further told the court that he knew Abdoulie Sowe, the tenth prosecution witness, adding that he had a clash with Sowe, because Sowe had impregnated a female officer and abandoned the child.

He added that he officially instructed Sowe, which he failed to carry out, adding that all what the prosecution witnesses said were lies.

He said he never knew Soriba Condeh before his arrest, and that he made a pledged that anybody who got Soriba arrested would be given D5,000.

"I did not fulfill the promise because Landing Bojang was trying to incriminate me," Badjie added.

He further adduced that all what the prosecution witnesses said in the court was not true.

"Alcohol is against my religion, and I have never seen a good Muslim buying alcohol," Badjie told the court under cross-examination.

"I was never invited at the police station for the use of a telephone at the prison. The witnesses lied against me, because they were promised to be given a pardon," he added.

But if they speak the truth, they would remain there and serve their terms, adding that "they are still there hoping to be released," he told the court. 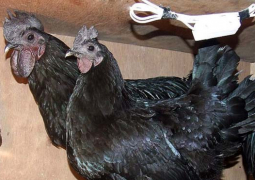