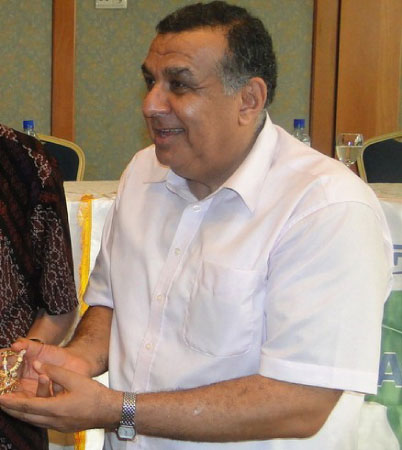 The Federation of International Volleyball (FIVB) Vice-President, Dr Amr Elwani, was recently re-elected to serve as president of the African Volleyball Confederation (CAVB) in .

Elwani, who won the majority of the votes, is expected to run the affairs of African Volleyball for another four years.

He has bagged 41votes out of the total votes of 48 that were up for grab.

The other presidential candidate was Tubby Reddy, who got 6 votes with one invalid.

Elwani will join the board of 6 vice presidents, namely Mory Keita of Guinea Conakry

For the gender minority, Touria Aarab of (43 votes) and Aminata Fofana (40 votes), who were both added to the board.

The other CAVB representatives to the FIVB board are Habu Gumel of , Louis Timba of , and Issiaka Sawadougou of . They were honoured with roles as FIVB board members together with Elwani, the newly elected president of CAVB, who is automatically qualified to serve as FIVB board member.

Earlier on Friday, FIVB and CAVB expert Abdel Hadi Ghzali announced his withdrawal from the CAVB vice president’s position and has vowed to retire from all his posts in volleyball, Pointsport was reliably informed by Musa Casa Taal, president of the Gambia Volleyball Association, who also attended the congress.