As part of their preparations for the continental top clubs competition, Brikama United have started intensive training ahead of the championship at the Brikama Box Bar Mini Stadium.

Brikama United played international test games against the Senegalese FA cup champions Cassa Sports, in which they were beaten 2-1 by the Senegalese side, but went on to beat the Brikama zonal team 1-0, and also participated in the just-ended Eda Carr pre-season tournament.

Ouakam will host Brikama United in the first leg in on the weekend of February 17th, 18th and 19th 2012, and the second leg will be played in in a fortnight’s time.

It would be recalled that Brikama United clinched the GFA division one league title after bagging 43 points in twenty-two games. 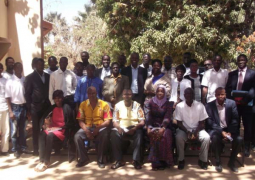