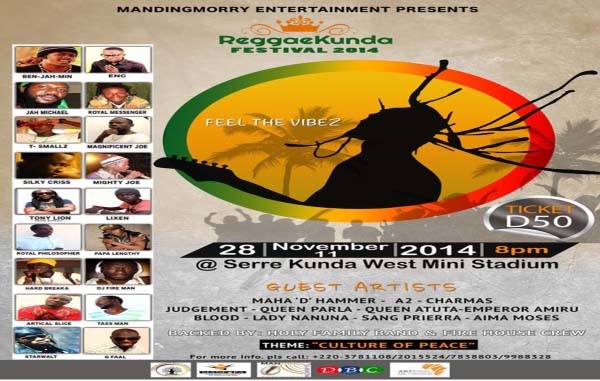 The 2nd edition of the Reggae Kunda Festival will be on 28 November 2014 at the Serrekunda West Mini Stadium, announced organisers Mandingmorry Entertainment on Wednesday.

Kalilu Banja, Programme Manager of Mandingmorry Academy of Music, said the Reggae Kunda Festival is a fundraising event for the music academy.

He said the music academy is a one year pilot project, which graduated 15 students in March in music theory and practicals.

“We deem it fitting to come up with this festival to sustain the school to enrol young aspiring artistes who want to take up singing as their career,” he said.

He said the festival will be a reggae-jam session with two stages: a ‘’Royal Stage’’ and ‘’Dancehall Stage’’.

He urged Gambians to come all out and support the cause, because the music industry is facing a massive challenge, and the nature of the industry needs structures that can enable the development of the industry.

Muhammad Sumareh, Production Manager of Mandingmorry Academy of Music, said the monies gained after the festival will empower the school and the artistes to flourish in their career. 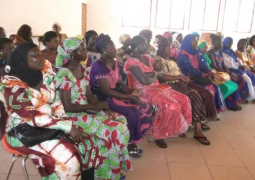