One Ebrima Bah, who was charged with the offence of stealing before the Bundung Magistrates’ Court recently concluded his testimony under cross-examination.

Bah, who denied the charge of theft, told the court he had spent some days behind bars.

“I was arrested at SerreKunda Market and the people who arrested me beat me before taking me to the police station, accusing me of being a thief,” the accused told the court.

Designated as defence witness one (DW1), Bah told the court that this was the first time he faced a criminal trial since he came to this country, stating that if he were a criminal, the record would tell.

“I was just framed up because I am not the only person living in that area. I lived in that area for many years without any problem, and many people know me there,” he explained.

The accused denied the allegation that he admitted the charge of stealing at the police station before the case went to court.

He said that even though he was accused, he did not commit the offence, stating that he did not confess to the police that he stole. 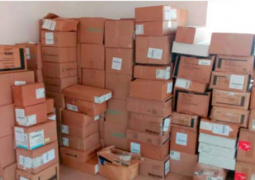