The criminal trial of theft involving one Alieu Jallow continued recently at the Kanifing Magistrates’ Court before Magistrate Lamin George.

According to the charge sheet, on 6 December 2010 at Fajara in the Kanifing municipality, the accused, Alieu Jallow, stole a mobile phone marked Nokia valued at D2,000 from one Muhammed Makasa.

Testifying, the complainant, Muhammed Makasa, told the court that he recognised the accused person and could recall what happened on 6 December 2010.

Makasa said the accused came and asked him to lend him his mobile phone, which he did but after a while he realised that the accused had gone away with the phone.

“I went to look for him at his house and I was told he [the accused] had jumped over the fence and ran away,” Makasa added.

He said he then went and reported the matter to the Bakau Police Station, where he later recovered the phone. 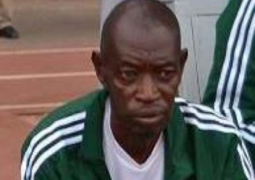