Magistrate Babucarr Secka of the Brikama Magistrates’ Court recently convicted and sentenced one Saika Jarra to a mandatory jail term of three months for stealing from a motor vehicle.

The facts as narrated by the prosecuting officer, Sgt 1260 Colley, stated that the theft occurred on 28 November 2010 at Lamin.

He said the complainant, Sainey Cham, parked his vehicle at his friend’s compound and went inside the compound. He said he left cash of D3,500, a DVD player valued at D1,000 and an amplifier valued at D10,000 inside the vehicle.

He said the complainant also later realised that the said cash and items were missing and when the accused was asked about those items and cash, he admitted and led the complainant and his friend to recover them.

He added that the accused was later cautioned and charged with the offence committed.

In a similar development, one Famara Jobe was also recently convicted and sentenced by Magistrate Babucarr Secka of the Brikama Magistrates’ Court to three months in prison for stealing from a dwelling house.

Jobe was convicted upon his own plea of guilty to a charge of stealing from a dwelling house of one Jerreh Dahaba a mobile phone marked G. type valued at D3, 000. 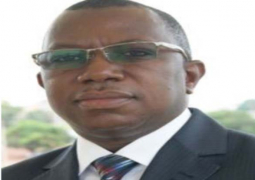 Two to Be Tried on Forgery Charges 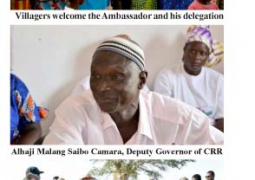