The trial of Landing Jadama and eleven others, who were charged with giving false information to a public officer, could not proceed as scheduled yesterday at the Magistrates' Court before Magistrate Hilary U. Abeke.

When the case was called, the prosecuting officer, Inspector Keita, told the court that the prosecution was ready to proceed with their first witness.

He added that the first prosecution witness is a civil servant holding a very sensitive position in his office, and that due to his busy schedules he may not be able to come to court every time.

Inspector Keita further noted that counsel for the accused persons, lawyer L.K. Mboge, was not in court. Since no official reason(s) was given as to why he was not in court, prosecution was urging the court to proceed with the case without the defence counsel, he submitted.

Defence counsel Ebrima Jah, representing the 7th accused person, told the court that he was applying for an adjournment, on the grounds that he was just briefed by his client.

He further told the court that the defence do not have the witness statements and the cautionary statements, which are all relevant information regarding the matter.

In response, the prosecuting officer told the court that with regards to the cautionary and witness statements, this was not applicable to the lower court.

It is only applicable at the high court, where the prosecution is mandated to serve the defence with information regarding the case.

Lawyer Kebba Sanyang, representing the 10th, 3rd and 4th accused persons, also told the court that he is applying for an adjournment on the grounds that he has just come into the case.

The trial magistrate later issued a bench warrant for the arrest of the 5th accused person, who was absent from court without official reason(s).

The case was subsequently adjourned to 20th July 2010 for hearing.

It would be recalled that Landing Jadama and eleven others, sometime in the month of May 2010 in the city of Banjul, presented a petition to the Office of the President through the Secretary General State House, stating that the demolition exercise for the erected building and fences at Old Yundum Coastal Layout by the Department of Physical Planning was illegal and forcefully done, which information they knew was false.

All the accused persons denied the charges preferred against them. 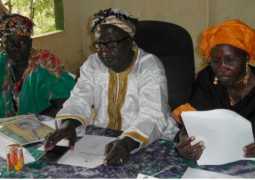 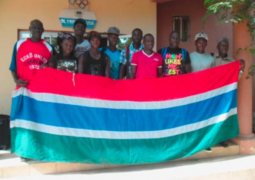