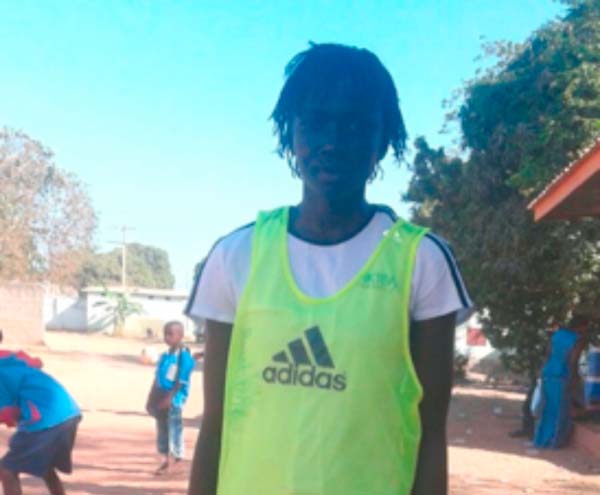 The reported death of one of Gambia’s most outstanding young goalkeepers in the country Fatim Jawara, in the Mediterranean has sent a great shock to The Gambia and the world at large.

Fatim was a young Gambian female football player born and brought up in Dippa Kunda.

She took football as a career at very young age and later joined the most decorated team in women’s football in the country (Red Scorpions during the 2009-2010 season) from where she later made way to the national team.

Fatim was among the women footballers that qualified The Gambia to its first-ever Women Under-17 World Cup in Azerbaijan in 2012.

Speaking to PointSport, Sainey Sissoho, former teammate of Fatim Jawara and current coordinator of women’s football, at the Gambia Football Federation, said Fatim was one of the goalkeepers recently selected to play against Casa Sport in the recently concluded FIFA Live Your Goal festival held in Jarra Soma, Lower River Region.

Ms Sissoho, who shared the same room with Fatim during the Azerbaijan tournament, described Fatim as someone who always wanted to make her family proud.

She also said Fatim was the best goalkeeper of the national team.

Chorro Mbenga Red Scorpions head coach described Fatim as humble, loving and someone who liked cracking jokes as well as being caring for her teammates.

She said death of Fatim was as a shock and great loss to everyone at Red Scorpions, the nation and the world at large.

For her part, Fatou Fatty, Red Scorpions’ captain, who was in tears while speaking to this reporter, said the news came as a shock to everyone at the club.

Modou Jarju, head coach of Abuko United female team, said the loss of Fatim is a great impediment to Red Scorpions and women football. She said she would continue to pray for the departed soul to rest in peace (in Jannah)!