last Thursday 17th July, 2009, held its first graduation ceremony of 16 students at the school premises in Kotu South, graced by both parents and guardians of the students.

Speaking at the ceremony, the Principal of the school Mr. Kogyan Owusu explained that the school was founded in September 15th 1997, by a British lady Marian Robinson and two other Gambians: Aunty Ndey Sillah and Mr. Dawda Ndure.

The aim of establishing the school, according to Mr. Owusu, was to inculcate good spoken English into the pupils and for good academic background. He stated that "by 1998, the school started the Primary School with grade one and the High School followed in 2004". , he went on, is a British curriculum based-school. He said the British lady had passed away in late 1999.

Mr. Owusu further explained that the name Apple Tree came about because Marian's mother was living in a home called Apple Tree, and thus named the school in memory of her mother.

For his part, Mr. Dawda Ndure, the Chairman of the School Management Committee commended President Jammeh for allocating them a piece of land, situated in Kotu South.

According to him, they will be monitoring the graduates in order to give them good guidelines as ambassadors of the school.

Mr. Babou Loum, the Chairman of the Parent Teachers Association who was the guest speaker at the occasion, said that "children gain better if their parents are involved in their education". He added that such active roles by parents can increase and boost high performances and achievement of both the school and the children.

According to him, the learning process is a triangular frame, which consists of the parents, teachers and students in the provision and delivery of quality education.

Other speakers at the occasion included the Chairman of the Parent Teachers Association Mr. Babou Loum and the out-going head girl who delivered the vote of thanks. 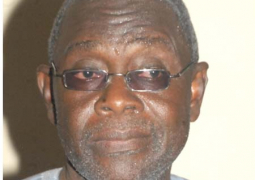