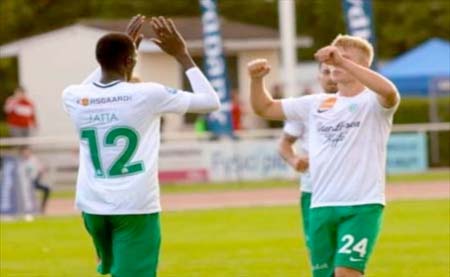 The inform Gambian striker opened the scoring for his side in the 50th minute after leveling Mark Kongstedt’s 21st minute opener for Næstved FC. Jatta added another goal after a 68th minute strike to put his side in front.

Mikkel Agger’s stoppage time goal makes it a comfortable (3-1) win for Viborg to occupy third position with 27 points after thirteen matches with a game-in-hand, while Næstved BK are second position from bottom (11th) with 15 points after playing fourteen matches.

Speaking in an interview shortly after game, Alassana Jatta expressed delights for scoring his fifth goal for Viborg FF, noting that he would always be happy to guide and assist his team in terms of scoring goals each time they play.

According to him their aim is qualify his team Viborg to the Danish Super Liga (First Division) competition next season. 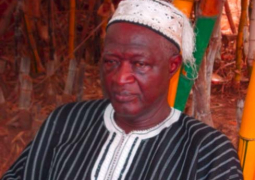