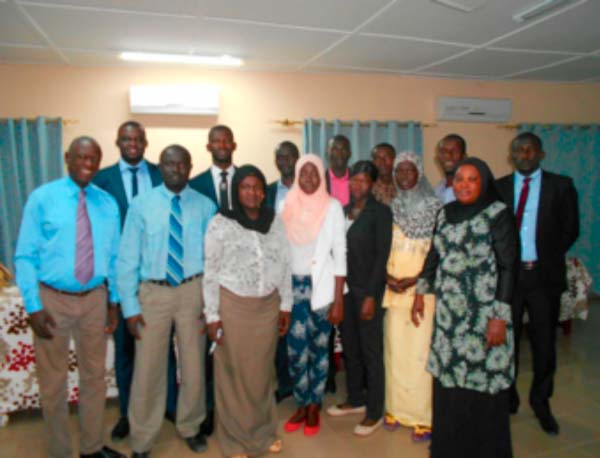 At least 20 personnel from the National Audit office recently benefited from a five-day intensive training course on public procurement rules and regulations, as well as the principal Act.

The training session was organised by GPPA in partnership with the EU long-term consultant, in a bid to build the capacity of auditors to better help them to do their work effectively and in an efficient manner.

Speaking at the training course, John Auma of the EU long-term consultant’s office, said they have been doing the reform programme for the last two to three months.

Mr Auma said the aim of the training course was to give the senior managers of the national audit office the skills on public procurement auditing.

He added that 20 participants are in this intensive training course, and that at the end of their training, they expect participants to have proper skills on how to go out to government ministries and departments to conduct proper public procurement auditing.

Ebrima Drammeh, a participant from the National Audit Office, described the training as important in the sense that it is part of public financial management in The Gambia.

He said as part of the training course, they were exposed to new skills that could help them to enhance their capacity on public procurement, and also to guide them on the Act.

He thanked GPPA and the EU long-term consultant for organising this kind of training activity, while challenging them to be frequently organising such for government officials who are involved in the public procurement system.

He also assured the organizers that the knowledge gained during the training course would be fully utilized, and put into good use.

Bintou Gassama, another participant from the National Audit Office, also expressed similar sentiments and thanked the GPPA for the training course which, she said, was geared toward helping them to be more responsive and effective to their daily work on enforcing the public procurement rules and regulations.

She also challenged the participants to disseminate the information, and to apply the knowledge to the letter.