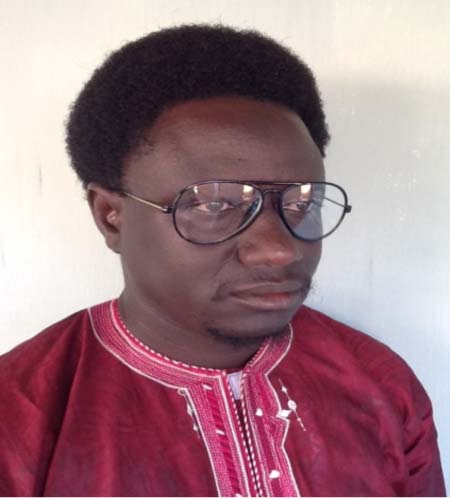 He said the youth summit would run from 29 March to 2 April 2016, and 250 young people would converge at the summit in Dakar.

Mr Njie made the announcement at a press conference held recently at the GYIN Chapter office in Churchill, on the forthcoming YALESI conference under the theme: “Youth Capacities to Generate Employment and Reduce Hunger.”

Mr Njie affirmed GYIN commitment to the empowering of the young people of this country, adding that GYIN Gambia chapter seeks to develop evidence-based, sustainable, scalable, and cost-effective agribusiness, entrepreneurship, and leadership programmes and policies that address the root causes of youth unemployment, while increasing the opportunities for young people to have a job and or start a successful business.

The summit is also targeting 250 young people between the ages of 18-35 who would be selected among the best applicants who meet the YALESI criteria, Mr Njie told reporters.

He also stated that the summit is inviting 20 cooperation partners, 20 international institutions, 20 universities, and 20 media organisations.

So journalists are also highly welcomed to apply and university students as well as government ministries, departments, and the private sector are encouraged to sponsor the summit.

He said if any young person is working with the private sector, and has interest to attend the youth summit, he or she can submit an application through the YALESI website www.yalesi.org and apply with a business idea.

“So we are encouraging business idea, as this is an international summit whereby they will meet donors, experts and some of them might be lucky to secure funding at the summit, and when they come back to their own country they can implement their business idea.”

Mr Njie further said accommodation and travel expenses have to be borne by the participants themselves, but the organisers of the summit would provide feeding during the days of the conference such as morning tea, lunch and dinner.

He also encouraged youths to apply in large numbers, particularly the Gambian youths, as Gambia and Senegal are sharing borders.

According to Mr Njie, participants who are selected and cannot afford to pay for their accommodation while in Dakar, could stay with their family members for the duration of the summit to cut down on expenses.

He also revealed that the organisers would give discount rates for any young person who wants to stay in a hotel.

He said if travelling by flight would be a problem, one could travel by land.

“As we are speaking now, GYIN Gambia chapter are looking for more funds from UN agencies, embassies, government of The Gambia, as well as the private sector to fund young people from The Gambia to attend this very important summit.”

Buttressing further on the importance of the press conference, Njie said was to give an opportunities to many young people for them to be aware of the summit, disclosing that applications are now open until the 7th of February 2016.

According to him, successful applicants would be contacted in the second week of February, pointing out that GYIN Gambia secretariat has developed a sponsorship letter for any young person who needs to seek for support to attend the summit.

He said the summit is open to all young people, irrespective of your political views, colour, tribe and creed, as far as you fall in between the ages of 18-35.

On the outputs of the summit, Njie stated that there would a publication of the 10 best research papers on the creation of successful youth ventures; a manual highlighting 10 proven youth entrepreneurship and financial literacy training methods; a short documentary on 10 innovative agribusiness entrepreneurs and their social impact and a new Global Youth Business Incubator App (GYBI) to nurture youths through the start-up, growing and sustaining of an enterprise, among others.

He thanked the media for their positive response to the press conference, while describing the media as their “true partners” in development.

Mariama Saine-Sanyang, financial controller of GYIN-Gambia Chapter Secretariat, thanked the media for their positive response to the press conference, which was meant to share information on the forthcoming youth summit that is expected to take place in Dakar in March 2016.

The benefits of being a sponsor are numerous, that is, one stands to showcase your company, your contribution highlighted during plenary sessions, logo added on YALESI website, social media publicity, personal invitation to join GYBI etc.

She said the press conference was geared towards the preparation of the forthcoming YALESI 2016 summit, which aims to bring together young people from different backgrounds and specialisations to showcase their creativity, innovativeness, and potentials. 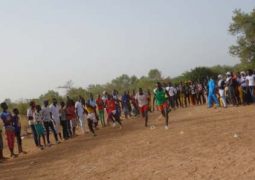