The Governor of the North Bank Region, who also doubles as the chairperson of AFPRC General Hospital, has lauded President Yahya Jammeh and the government for the graduation of the first-ever medical doctors from the University of The Gambia.

Governor Lamin Queen Jammeh was speaking in Kerewan when the medical doctors and CEO of AFPRC General Hospital paid courtesy call on him, following their deployment to Farafenni.

He said the deployment of Gambian doctors to the hospital would boost human resource development and effective healthcare services, while giving assurance of the support of the Board of Directors.

Dr Mamadi Cham, Chief Executive Officer of AFPRC Hospital, lauded the efforts of the Ministry of Health and Social Welfare for the deployment of 3 Gambian doctors, noting that it would improve services.

He disclosed that D260,000 had been spent on the rehabilitation of doctor quarters, which came through prudent financial management of government subvention to the hospital.

Lamin Ceesay, chairman of Kerewan Area Council, assured of the council’s commitment to the health sector and promised to adopt a ward.

In a similar development, the ex¬-students of Essau Barra Upper Basic School recently embarked on a massive cleansing execise in the premises of Essau Major Health Centre.

John Joseph Mendy, officer in charge of Essau Major Health Centre noted that the support would enhance service delivery and hygiene, while launching an appeal to support the health facility with adequate cleansing materials. 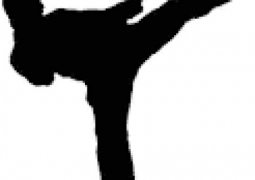