The West Africa Football Union (WAFU Zone A) Executive Committee is set to hold a general meeting due to take place in Dakar, Senegal, on 13 January 2012, Pointsports has gathered.

The meeting expected to include the Gambia Football Association’s president Seedy M.B. Kinteh and others, is intended to put in place the administrative machinery of WAFU Zone A and appoint the secretariat, who are all likely to be Gambians.

Under the presidency of Augustine Senghore, the WAFU Zone A Executive Committee meeting will be the first meeting of the executive since the restructuring of the sub-regional football body, which gave birth to the two zones - A and B.

It would be recalled that GFA president Seedy Kinteh succeeded in lobbying for the Zone A Secretariat to be housed in Banjul. The Secretariat will commence functions this year at the GFA headquarters in Kanifing.

The setting-up of the standing committees and proposals of the activities are among other issues to be discussed.

The Dakar meeting is also aimed at putting in place the administrative machinery of WAFU Zone A and appointing the Secretarial staff who are all likely to be Gambians. GFA boss Seedy Kinteh will also be in attendance at the Dakar conclave. 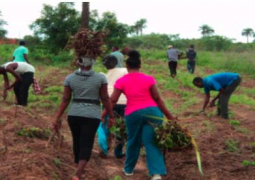 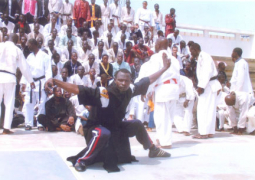