Incumbent Abdoukarim Sey has been unanimously re-elected as the president of the West Coast Regional Football Association for another four-year term.

Sey defeated his opponents Lamin Jarjue by 20 to 9 votes in an elective congress held at the Governor’s office in Brikama on Sunday presided over by Martin Gomez, third-vice president of the Gambia Football Federation.

It would be recalled that Sey was first elected as president of the region’s football governing body in 2013.

The elective congress was attended by club delegates and football stakeholders in the region.

Gambia U-13 Cricket Team Warms Up For Regional Tournament 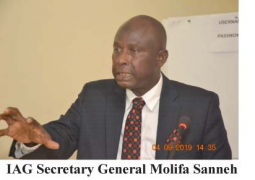