It is extremely disappointing and disheartening to read about the recent scenes at the District Peace Tournament match held in Siffoe in Kombo South. The kinds of scenes we read about have no place at a sporting event or indeed in any decent society. We are always shocked when we read of the dastardly exploits of British football hooligans but now unfortunately we see similar scenes right here in The Gambia. The irony of scenes such as these occurring at a "Peace Tournament" will not be lost on anyone.

We fully support the Kombo South Chief, Sheriff Ajay Janneh, who has expressed his extreme disappointment at the Sanyang-Sifoe clashes.

Speaking in an interview with The Point, Chief Janneh expressed his disappointment in both Sanyang and Siffoe for their 'brutal behaviour'.

Last Sunday, a match between Sanyang and Kartong was played, which saw Kartong emerge 2-0. The match, held in Siffoe, was characterised by violence, abusive language and stone throwing. According to sources, Sifoe residents were seeking revenge on Sanyang for their attack against them in their match against Farato in Sanyang last Saturday. It is believed the incident resulted in many injuries.

We must at this point commend the military of Kartong barracks and some of the police personnel from Gunjur police station who intervened to try and quell the violence. All reports reaching us indicate they did an excellent job in very difficult circumstances.

While we might like to convince ourselves that this is a new cancer infecting our society we must admit that it is not. This kind of incident will bring back unpleasant memories of similar incidents a few years ago when the Peace Tournament concept had to be abandoned altogether because of inter-fan violence. It also refreshes our minds about the late 1980s football violence between Gunjur and Kartong in what was dubbed the Kombo South District Tournament. We also recall with shame the riots, which followed the Gambia/Senegal match in 2003 and the fine of $10,000 imposed on the Gambia Football Association last year because of the bad behaviour of fans. This incident also of course led to the suspension of a number of key players. We must do all in our power to reverse this terrible trend of sporting occasions being marred by violence. As we have stated many times in these pages, violence has no place in sport. Scenes of the kind witnessed in Siffoe must be made a thing of the past and the wise words of Chief Janneh and others like him must be paid the greatest heed. He said, "This is uncalled-for. What are they fighting for? There is no benefit to be derived from this kind of violence."

GETTING OUR PRIORITIES RIGHT 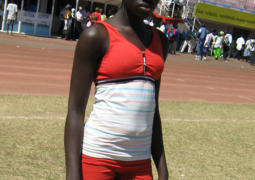