West Coast Region giants will be hoping to bounce back after losing the 2013 FA Cup champions Gamtel 3-2 in the opening game played at the Brikama Box Bar Mini Stadium on Sunday to keep their title hopes alive.

Blue boys, on the other hand, will also be expecting to bounce back following their 1-0 defeat to Bakau United in their opening fixtures played at the Serrekunda East Mini Stadium on Sunday to keep their chances of staying in the premier tier.

Bakau United will battle it out with Armed Forces at the Serrekunda East Mini Stadium. Bakau United and Armed Forces won their first opening games in the new domestic league season at the weekend.

Both sides will be coming all out to snatch a victory to maintain their hundred percent record in the country’s domestic league.

Hawks will lock horns with Samger at the Banjul KG5 Mini Stadium. Both sides will be hoping to bounce back after losing their opening league fixtures at the weekend.

Hawks lost to the newly-promoted side Banjul United 1-0 in the all-Banjul derby game, while Samger also lost to Interior on the same score-line.

Elsewhere, reigning champions Steve Biko will rub shoulders with Interior at the Father Gough Sports Complex in Manjai Kunda on the same day.

Steve Biko, who lost to Armed Forces 1-0 in the opening game at the Banjul KG5 Mini Stadium at the weekend,  will be hoping to bounce back to keep their chances of retaining their 2012-2013 league crown, while Interior are also looking for a win to maintain their unbeaten run in the league. 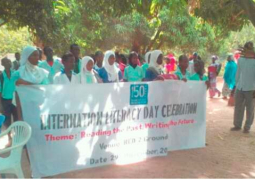