One Haddy Jeggan who was standing trial before Magistrate Ceesay of the Kanifing Magistrates' Court yesterday testified in defence of the allegation against her.

She was alleged to have stolen 8000 Euros from Claude Lucio Marajo, a French national, a charge she denied.

Responding to questions posed by police prosecutor Inspector Mballow during cross examination, the accused person told the court that when she was going to Barra she left the complainant sleeping at his residence in . She revealed that the complainant at that time was in a good health condition.

Further testifying, she told the court that some of the money was spent out of the 8000 Euros before she left for Barra, adding that she only spent D1000 while she was in Barra.

When asked whether she was legally married to the complainant, the accused replied in the negative.

Still under cross-examination, she admitted that she spent only two days in Barra, and that she was arrested on the third day.

Ms Jeggan denied spending 1500 Euros in Barra, and said it was her intention to return the complainant's money. When asked whether she spent three days in Barra consulting a marrabout, she replied in the negative, adding that she knew the said marabout before the date of the incident.

She adduced that she did not give a butut to the marabout for consultation. She finally denied stealing the said 8000 Euros from the complainant, Claude Lucio Marajo.

The case was adjourned to 29th September 2010 for judgment. 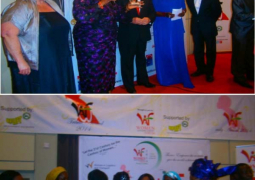