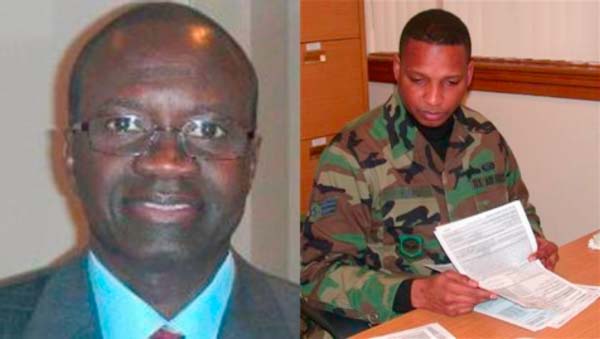 Four American citizens accused of helping to plan a failed coup in The Gambia against President Yahya Jammeh more than a year ago have been sentenced by a Minnesota judge, who has carried out the first prosecution using the country’s Neutrality Act in 35 years.

All three individuals were charged last January with conspiring to violate the Neutrality Act, a law enacted in 1974 that prevents US citizens from taking action against a friendly nation.

They were also charged with conspiring to possess firearms to pursue a violent crime.

Njie was sentenced to one year and one day, three years probation and a $10,000 fine.

Faal was sentenced to time served over the last year. Barrow received six months in prison and three years probation. All had faced maximum penalties of up to 20 years in prison.

The fourth defendant, US-based Gambian activist Banka Manneh, was indicted after a separate investigation accused him of assisting with the coup plot. He was accused of having “participated in conference calls and exchanged planning documents with the other members of the conspiracy,” and having “purchased two pistols and one rifle to equip co-conspirators participating in the coup.” He was also charged with violating the Neutrality Act.

The last time a case was prosecuted under the Neutrality Act was in 1981 against two individuals accused of a coup attempt in the Caribbean island nation of Dominica.

The coup saga in The Gambia unfolded during the early hours of December 30, 2014 when a small group of armed men snuck through the borders of the small West African nation and made their way to the capital city Banjul, while Jammeh was out of the country.

As they attempted to storm the state house they were met with heavy gunfire from security forces, squashing the coup, and killing at least four assailants.

Many of the men were Gambians who had fled abroad living in countries like the US, UK, and Germany.

The assailants, referred to by the Gambian diaspora and dissident factions as “freedom fighters,” included former Gambian military officials and even a US soldier. Njaga Jagne, killed in the firefight, was a Kentucky national Guard member, while Lamin Sanneh, was trained at the UK’s Royal Military Academy at Sandhurst and previously served as commander of Gambia’s presidential guard.

Faal and Barrow managed to survive and flee across the border into Senegal — which surrounds the coastal country to the north, south, and east. After his escape, Faal went directly to the US embassy in Dakar where he gave an interview before making his way back to the US, officials said.

He was later interviewed again by the FBI at the airport in Washington DC. He was charged in January.

Barrow has been accused of hiding out with Njie at an unidentified location in the Gambia while the operation against the statehouse took place.

The investigation said they planned to enter the statehouse once the mission was complete and place Njie in power. The pair also managed to escape and make it back to the US before being charged and indicted.

After news of the coup broke, the US State Department condemned what they called an attempt to overthrow the government through “extra-constitutional means,” and called on all sides to “refrain from further violence.”

Manneh, a long-time activist in the Gambian diaspora, was the last to be charged after the FBI investigation alleged he had participated and assisted in planning the coup, although he did not travel to The Gambia to participate.

The investigation detailed accusations that Manneh purchased weapons and participated in outlining a future leadership structure.