The opposition Gambia Moral Congress, GMC, has said that it will not be a party to what it said is the “efforts of the Independent Electoral Commission (IEC) to disenfranchise Gambians through a flawed process, thereby denying Gambians their democratic and constitutional rights.”

In a statement issued to the press at a news conference on Thursday, the GMC, which is also boycotting the 29th March National Assembly election, said its position is that the electoral process is fundamentally flawed and substantially bias in favour of the ruling APRC party.

“The process is designed to secure massive electoral victory for the ruling party. We GMC have been calling for fundamental reforms on the electoral process and the entire opposition leadership without any exception, have unanimously in a united stand presented a demand for reform to the IEC,” the party said.

According to the GMC, the reform that the opposition have demanded would have resulted in an even terrain among all stakeholders in the political process.

“Unfortunately and regrettably, we could not find a legitimate partner either in the IEC or in the ruling party,” it added.

The GMC, the statement went on, will not be a party in the efforts of the IEC to disenfranchise Gambians through a flawed process, and thereby deny Gambians their democratic and constitutional rights.

“This is why we have set to implement this resolution. There will be no election for the Gambian opposition who are signatory to our declaration for now, without our demand for comprehensive reforms being met. And, more seriously, the term of the IEC chairman have expired, and we cannot go to an election with him. This is the position of GMC,” the party stated. 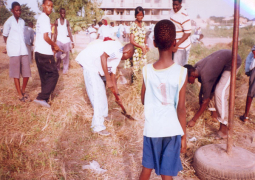 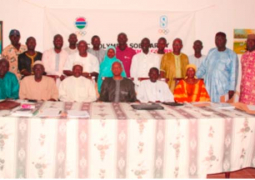