The trial of Hamadi Sowe, one of the suspects of the 21stMarch 2006 abortive coup, resumed on Tuesday at the Banjul High Court.

The case was mentioned before Justice Yemoa only to be adjourned afterwards for the prosecution to call their witnesses.

It could be recalled that Hamadi Sowe was the only civilian charged with concealment of treason alongside other military officers in the aftermath of the 21stMarch 2006 foiled coup plot. The military officers were since convicted and sentenced to various prison terms by the Court Martial.

Previous:
Sohm Gets New Alkalo
Next:
David Colley Back as Prison Boss 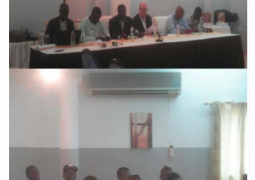