The youth sector is one of the most vulnerable sectors when it comes to government budget allocation and this is manifested in the 2020 national budget, former presidential affairs minister and an economist has said.

Out of the D21.2 billion approved by the National Assembly as the budget of the government for the year 2020, D113.3 million is for the Ministry of Youth and Sports (MoYS).

Momodou Sabally said this is a manifestation that the government is not taking youth issues seriously because the allocation to the youth sector is among the least in the 2020 budget.

In an interview with this medium, Mr. Sabally advised government to focus on development programmes and projects that can create jobs, particularly for the youth, in order to address challenges such as irregular migration.

Mr. Sabally further cautioned government to consider increasing the budget allocation for the youth sector.“If we do not address youth issues, we will continue to witness incidents like the recent boat tragedy of which over 60 Gambian youth died.”

The economist, however agrees that the government of President Adama Barrow is confronted with financial challenges.

“As a result of this, the government looks into its priority programmes and gives allocation based on that and this is why some ministries get their budgets cut,” he said.

The amount of money allocated to MoYS in the draft budget has been slashed by one million dalasis in the final approved budget for 2020.

For Sabally, this is a signal for us to know that the government is crippling to pay debts, salaries and other expenditures, saying this is why the government needs to focus more on development programmes.

Mr. Jawo, deputy permanent secretary, MoYS, frowned at the 2020 budget allocated for the youth sector, describing it as small compared to other ministries when the country has a youthful population.

Statistics have shown that over 60 percent of Gambia’s population is youth.

“This clearly shows that the youth sector deserves a bigger budget but MoYS receives half-baked cake from the government allocations,” Mr. Jawo said.  “Whenever, we present our budget to the Ministry of Finance, we’re regarded as a small ministry when that is not the case.”

The deputy permanent secretary pointed out that the reduction of MoYS 2020 budget would “greatly affect” the implementation of planned youth programmes on irregular migration and skills apprenticeship.

“Addressing these programmes by the ministry and its satellite institutions would be affected,” he said.

He added that one of the main challenges of MoYS, in addition to the budget shortfall, is that the allocated funds are hardly released on time.

“The ministry finds it very difficult to receive funds from the Ministry of Finance, our funds are not disbursed timely,” Jawo lamented.

According to him, in some cases, the ministry’s satellite institutions will send a request to MoFEA, but before the funds are received, the deadline for the planned activities would have elapsed.

“It is always a stumbling block for MoYS and its satellite institutions to get its already approved budget from the Ministry of Finance,” he said.  “This should not be the case; why do we have to be following-up a request for weeks or months?”

Mr. Jawo noted that there is a need for other ministries that have programmes for youth to merge these programmes.

For example, he said, there are programmes for youth focusing on agriculture through Ministry for Agriculture, so it would have been prudent for the ministries of agriculture and that of youth to consolidate their youth programmes to maximize resources with the outcome in favour of youth.

As part of the internal consolidation drive, the MoYS policy and all other acts governing MoYS satellite institutions would be matched to minimise costs.

A youth activist, Saiba T. Susso, said the country is at a crossroad as a result of heavy dependence on grants and loans to develop the economy.

“This is not sustainable,” he said, adding that the impact of all the grants and loans the country is receiving from development partners is hardly felt on the youth, in terms of creating the much needed employment and essential vocational skills.

“Mismanagement of funds through corruption has become an order of the day,” Suso said.

The executive director of the National Youth Council (NYC), Mr. Lamin Darboe, said the budget allocation for MoYS “is not proportionate at all.”

“The budget allocation to the youth is not enough and the government needs to do more for the young people,” he declared.

“If our young people do not have opportunity here, there will be more from rural to urban or from urban to other parts of the world for greener pasture,” he said.

Mr. Darboe expressed concern on the fact the total amount of funds approved for MoYS and its satellite institutions for 2019 were not disbursed.

“We did not receive the entire funds allocated for the NYC in 2019 and it has been the case throughout,” he lamented.

“Last week [11 December, 2019] all the satellite institutions of MoYS were at the Ministry of Finance requesting for our allocation because we need it to spend on our services but up to the time of this interview, we’re yet to receive the money.”

The NYC Executive Director further stated that the Council’s subvention from MoYS for salaries and other logistics is small, and therefore, their support to youth groups is limited.

“This is not even enough at all,” Darboe affirmed.  “That is why even though the budget has been increased, I’m not excited simply because the increment does not mean the funds will be disbursed on time,” Mr. Darboe.

This programme, he said, is initiated to positively impact the lives of young people but the key challenge the institution has been grappling with is, approved budgets are not disbursed.

“It is difficult to create opportunities for young people if resources are not available or not disbursed when the need arises,” he said. 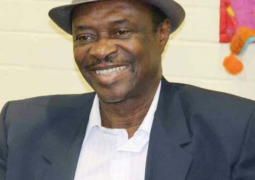 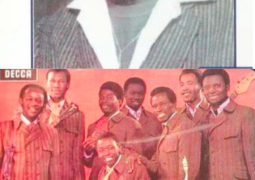 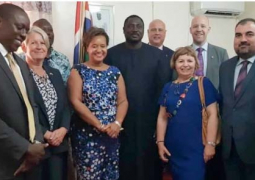