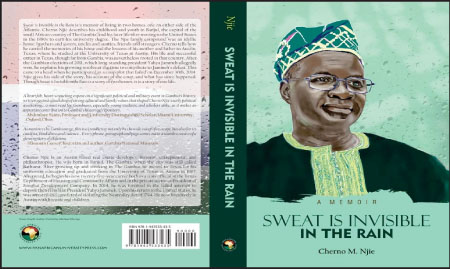 The book, Sweat is Invisible in the Rain, written by Cherno M. Njie and published by the Pan-African University Press, is better classified as a documentation of three interconnected stages of the author’s life, career, vision, and ambition. Such is the importance of the book that a major conference is being convened on it in Gambia on December 14th, 2019. I am glad to be associated with the book, proud to occupy a line or two in the contents, and humbled to be associated with the author.

The book successfully privileges the historical and the factual over the literary. It deals with causation using a wide range of facts, explaining why events and actions occurred at particular moments in time. The principal figures and protagonists are revealed in ways that reflect their time, age and day. Sweat is Invisible in the Rain will surely asserts itself as a book to read and be reckoned with, as it captures the commonalities of personal experiences in The Gambia, the shortcomings of the country’s political elite, the intriguing nature of dictatorship, and a wide range of dialogue on the degeneracy of political institutions. The antipathy that the leadership of the country aroused is captured with brilliance, as well as the responses to how to deal with unpopular power. I admire Njie’s voice and courage as he narrates the sickness of leadership, the weakness of followership, the limitations of state power, and the repetitiveness of calamitous history.

The book starts from Njie’s growing up in a relatively unknown and small African country, The Gambia (the first stage), to his transition to perhaps one of the most popular migrant destination countries in the globe, the United States of America (the second stage). The third stage takes center stage of the events captured in the book as it details how the two previous life’s stages induced the author to embark on a series of moves that set in motion the process of acting as a change agent. Consequently, his first stage of existence during his childhood in The Gambia keys into the immense benefits that he experienced in his second stage of existence, The United States of America.

The title of the book aptly encapsulates all that the author went through, which were not noticeable when they were occurring, but which cannot be swept under the carpet simply because of their non-noticeability, disguise and secrecy. Sweat is surely invisible in the rain, but the laborer who worked hard in the rain knows that the rain just served as a camouflage to hide the sweat generated from his labor. And when rain falls, it can create its own problems, with the rain and sweat inducing unnoticeable pains and anguish.

Cherno Njie is able to map out in detail his personal travails, albeit in consonance with those of some others as they, over a period of more than a decade, embarked on missions, as well as developing various strategies to achieve an objective whose benefits are not personal in any way, but rather collective to a large, unsuspecting and ignorant populace. The sweat of the author and ‘his band of merry men’ might have gone invisible in the myriad of raindrops of events that happened in The Gambia between 1996 and 2016. However, with the expediency with which this book was written and the fact that the story was told by someone who played a significant part in the many facets of the plot, Njie succeeds in bringing to the fore, the invisible sweat that seems to have been lost in the rain with respect to the journey to free an African people from the reigns of tyranny.

Before going into the chapter-by-chapter review, a glance at the acknowledgments given in the book introduces the reader to the individuals who were instrumental in the course of documenting the stories as well as the major players in the events who took center stage in the book. All these are carefully outlined and perfectly detailed within the confines of the acknowledgment page. The preface introduces the reader to the central event of the book: the failed coup attempt which involved the author and a handful of other patriots in the small West African nation, The Gambia. As with any proper preface, it gives a brief account of the reasons for the coup attempt as well as the aftermath of it, which saw some of the perpetrators killed, some captured, while some fortunately escaped but eventually made to pay for their actions on a foreign soil. The last set of the most fortunate who did not die includes the author. An attempt is also made in the following section to open the reader’s mind to the history of The Gambia, an effective step to equip the reader with some historical antecedents of the Gambian people concerning politics, governance, and leadership. This section traces Gambian history to centuries back. Also, credit should be given to the author for taking time to prepare the mind of the reader in advance to similarities of persons’ names who may or may not be related, but which is just a common occurrence among the Senegambian people. Without this, the reader would have been a bit lost in the maze of seemingly related nomenclatures of people who share no familial relationship.

The first chapter, as the title implies, ‘Close Quarters: Growing Up in Banjul’, details the city of Banjul where the author grew up, a careful comparison between the Banjul of old times and the one left behind by the evident antagonist of the book plot, Yahya Jammeh, the erstwhile dictator of The Gambia. Njie affirms that nothing seems to have changed in the 22 years of Yahya Jammeh’s rule, a common characteristic of most dictatorship governments in Africa. So that both the African and non-African reader can immerse themselves into the cultural settings of the first stage of the book’s plot, the author does justice to highlighting the various family settings that is ubiquitous in the capital of The Gambia; Christian homes having distinct attributes to Muslim homes with respect to composition and way of living.

The chapter also highlights the components of the Wolof caste system. Among the experiences of growing up in African communal settings is the issue of circumcision, which is also embedded in the book.   Brought to the fore in this chapter is the disposition of Africans to hold on perpetually to superstitious beliefs, including beliefs in the existence of flesh-eating witches who are ultimately made to confess their sins, casting of spells, laying spiritual curses and the manifestation of evil spirits. For a book that details life in Africa, the absence of such a subplot would have led to the absence of a very pertinent aspect of African thought and mentality. Upholding some of these beliefs might be rational; however, as the book notes, there are times when these beliefs place more damage than good to the African people as became evident under the oppressive rule of Jammeh who exploited these beliefs to the people’s detriment. These beliefs, as the author notes, are in sharp contrast with the second stage of the book’s plot setting, the USA, a nation that is built on the ideology of secularism and scientific methods.

The second chapter sets the tone for the author’s transition from a small unpopular African nation to a massive and popular country far away in another continent, deep into Texas in furtherance of his formal education, which, as pointed out, was quite different in approach to what he was familiar with growing up in The Gambia. Affirming the frenzy that envelopes Africans moving to the western world for the first time, the book rightly captures the drama that goes with leaving one’s family in Africa for greener pastures, education inclusive. This practice has always been the norm for affluent families in Africa, as they held the belief that better and qualitative education abroad is a sure way to wealth and riches. This is not entirely a falsehood as later events in the book prove this assertion to be right. Settling down in a new country is not always going to be so easy, and the same was rightly captured by the author. True to the assertions, it took little effort for the migrant to afford a car, something that would have been close to impossible in an African student setting.

In Chapter three, ‘The Jammeh Years: 1994 – 2016’, the story quickly moves to the central plot of the book wherein Njie brings to the reader’s awareness the introduction of the antagonist by telling the story of how Jammeh came to power. As with every good book, it is always necessary to accord the antagonist a grand entry into the plot, more so in a story that revolves around military rulership, dictatorial tendencies and ultimately the subplot of military coups. The author, within the context of the book, exposed the reader to the events that necessitated the grand entrance of the major antagonist of the book, Jammeh. Years of misrule by the first president of The Gambia, Dawda Jawara (who passed away on August 27, 2019), served as an impetus for the emergence of Jammeh as the new head of the Gambian government, even though he rose to the exalted position illegitimately.

Another theme of the book which looks hidden in the shadow of the overall military theme is the propensity of powerful countries like the USA to follow up on the various happenings around the globe with respect to governments and regime change. The USA has been known as a nation that engages in intelligence gathering in virtually all countries in the world, and this makes the US government a prospective conspirator to acts that leads to political instability in other relatively smaller and weaker nations.

The plots in the book are interwoven, and they do not follow a definite order, as it is necessary to weave the story in a manner that will enable the reader to understand the expediency of events, actions and motivation that create a back and forth sequence of storytelling. Sweat is Invisible in the Rain allows the work to represent its author, and to speak to a tumultuous moment in the history of The Gambia. The book offers the fullest story of Njie’s life, in addition to a remarkable understanding of his mother country in both its volatile and remarkable moments. This highly readable and valuable memoir is one of the best to come out of West Africa. I admire his ability to tell the story so well and clearly. I can only hope that the people of The Gambia will get the justice they seek and deserve, and the progress that they dream about. With the humiliating fall of Jammeh, one can proclaim, as it was done centuries ago in another clime and era: 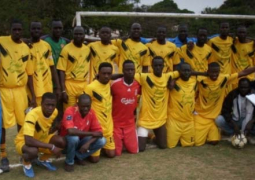 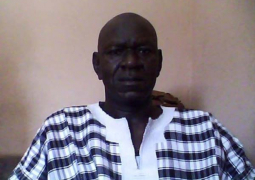