The public relations officer of the Gambia International Airlines (GIA), Bubacarr Fatty, has disclosed that this year’s Hajj package is pegged at D211,204.

In an interview he granted the state TV on Monday, Mr Fatty said the GIA would like to inform the intended pilgrims and the general public that “the 2015 hajj package is pegged at D211, 204”.

This amount, according to the GIA PRO, includes a return air ticket, “from Banjul to the Kingdom of South Arabia and back”.

It also involves accommodation, as well as transportation, in Mecca and Medina, throughout the entire hajj period.

“Dinner and lunch will be provided to pilgrims during their stay in the Kingdom of South Arabia,” he added.

A ram for Tobaski will also be included in the package to save pilgrims the trouble of buying rams for the Tobaski.

“When you pay the entire package of D211,204 you are sure of getting a ram ticket, so there is no need for pilgrims to buy ram,” Mr Fatty added.

The GIA PRO also stated the method of payment. Pilgrims could pay a hundred thousand dalasis as deposit, and make the final payment by the deadline of 27 August 2015.

He also said that after making their payment, pilgrims should ensure they have possession of all necessary documentation, which includes a passport and a passport size photo, medical examination and certificate; and to submit them to the GIA office at GIEPA House on Kairaba Avenue, as soon as possible. 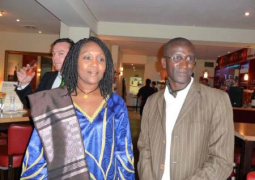 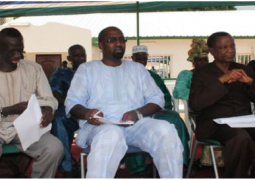