Wallidan will clash with Bakau United, at the Serrekunda East Mini-stadium.

Wallidan are current 2nd spot in the league standing with 34 points from seventeen games, a single point behind the current league leaders GPA with a game in hand against Interior. Hence, they are unbeaten from the inception of the second round a win for them will see them topping the league standing, if league leaders GPA lost to bottom side Seaview, who are battling for survival in the First Division.

Current league leaders GPA will battle it out with the relegation threatened Seaview in the other Week Nineteen remaining fixtures at the Serrekunda West Mini-stadium.

GPA at 35 points with a game in hand against Real de Banjul will be going in for victory to widen the gap.

Struggling Sea view is at the bottom of the table with only 15 points. 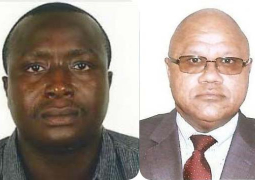