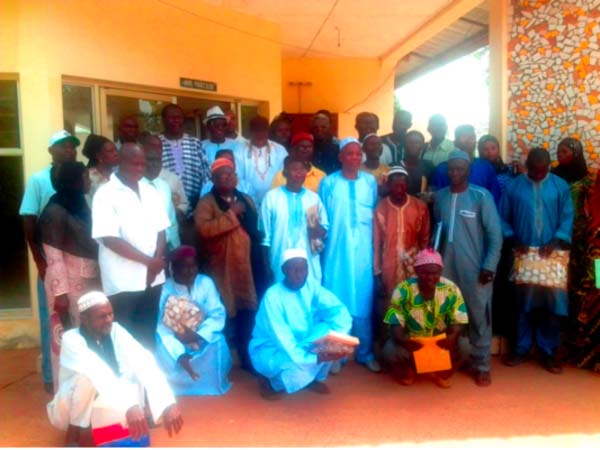 Eighteen retired workers of the National Agricultural Research Institute (NARI), including ten senior officers and eight support staff, were on Wednesday awarded certificates by the NARI management and staff association, at a ceremony held at the NARI head office in Brikama.

The event was organised by the NARI staff association in collaboration with the NARI administration, to show recognition for their valuable contribution toward the advancement of NARI.

Speaking on the occasion, the president of the staff association, Mamadou Lamin Touray, said the association deemed it fitting to organise such an event for the retirees, in appreciation of their long service to the ministry of Agriculture.

He thanked the retirees for their cooperation with the management of NARI over the years, and pointed out that every worker prays to reach his/her retirement stage.

Anusuman Jarjue, a senior NARI officer, also thanked the retirees for their immense contribution to NARI and the ministry of Agriculture.

He added that they deserved to be awarded certificates of appreciation, in recognition of their efforts in the development of the ministry of Agriculture.

In his vote of thanks, the director of Research at NARI,Lamin Jobe, commended the retirees for their commitment and dedication to work, which led them to this stage of retirement.

He further stated that this was not the end of their relationship with NARI, especially now the country has Vision 2016.

He assured them that NARI’s doors are always open to them to give advise, as they are veteran agriculturists.

We have limited time - less than 48 hours