As Mayor Faal Presents over D1m to Jammeh

The Mayor of Banjul, Samba Faal, recently presented cheques amounting to D 1,012,160.00 (one million twelve thousand one hundred and sixty dalasis) during the final leg of the President's Dialogue with the People tour at the July 22 square as the council's counterpart contribution for development projects in Banjul.

The money, according to the BCC Mayor, is meant partly for the roads projects for , Primet, Dobson, Peel, Spalding, Masamba Ceesay and Tafsir Demba Mbye streets. According to Mayor Faal, other streets would be included as works progress.

Meanwhile in another development the council has approved the purchase of the six (6) tractors, six (6) trailers, two (2) double-cabin pick-ups and two (2) trucks to strengthen the cleansing services and enhance the collection of revenue.

Mayor Faal revealed that on a recent trip to Ostende, Belgium, which is a twin partner to Banjul, arrangements were finalised for the provision of a compactor refuse collection truck as a gift to the municipality and other logistics. He explained that there is also a package for the visit to The Gambia later this year of two engineers from Ostende and the manager of their cleansing services, to help the cleansing services of BCC.

The cheques were presented to the Secretary of State for Local Government, Lands and Religious Affairs, Ismaila Sambou, who later handed over the cheques to the Director General of Gamworks Agency, Mr Bai Ebrima Cham.

Speaking at the occasion, Mayor Faal said that the D200, 000.00 cheque was meant for the rehabilitation of the mini stadium, in collaboration with Banjul Sports Committee.

The other cheque of D812,160.00 is for the rehabilitation of the above-mentioned streets. 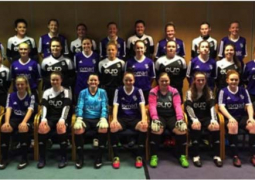 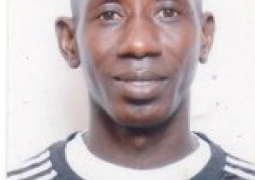