In the world of Jazz, the piano is considered its most fundamental musical instrument. It is a beautiful instrument with a lot of versatility and is ever present in most jazz ensembles. The instrument is played with a keyboard and has become one of the most popular instruments in the world. Widely used in classical music for solo performances, ensemble use, chamber music and accompaniment, the piano is very much used as an aid to composing and rehearsals, and is considered one of the most familiar musical instruments ever used. It has been an integral part of the jazz idiom since its inception in both solo and ensemble settings. Its role is multifaceted due largely to the instrument’s combined melodic and harmonic capabilities. For this reason, it is an important tool of jazz musicians and composers for teaching and learning jazz theory and set arrangements.

Jazz music has elements that separate it from other styles of music. Like the classical musician, the jazz musician needs to have strong technical skills and a thorough understanding of music theory. What sets the jazz musician apart is the need for excellent improvisational skills in melody and harmony, plus the ability to swing. The piano has had a leading role in developing the sound of jazz. Early on, African American jazz musicians created ‘Ragtime’ on the piano, and it also began to feature more in the rhythm section of a band.

Overtime, playing piano accompaniment in ensemble sets, changed from primarily being time keeping to a more flexible role. Ultimately, the skilled jazz pianist was free to both lead and to answer the instrumental soloist. Jazz piano moved away from playing lead melody to providing foundation for song sets, and soon skilled jazz pianists were performing as soloist. The elements of improvisation in jazz piano give the pianist a sense of freedom of expression not found in other styles of music. Although the pianist must know the rules, these rules can be broken in an artistic and creative way. How the jazz pianist applies or breaks those rues becomes part of their own personal style.

Like all great art, it takes years of study and practice to develop a style. The professional jazz pianist is expected to know the styles and techniques developed through the history of jazz. In the 1940’s and fifties, a number of great piano players emerged, and among them were Thelonious Monk and Bud Powell who helped create and establish the sound of Bebop. Others that came later included Herbie Hancock, McCoy Tyner, Red Garland and Keith Jarrett. They were all exceptional pianists who played with jazz greats Miles Davis and John Coltrane. Our focus this week is on McCoy Tyner who like Herbie Hancock have been part of the John Coltrane Quartet.

His birth name is Alfred McCoy Tyner; he was born in Philadelphia, Pennsylvania on December 11th, 1938. He began studying how to play the piano at the age of thirteen after much encouragement from his mother who was a music lover and appreciated the fine qualities of the piano as a musical instrument. His early influence was Bud Powell who also lived in Philadelphia and was a neighbor. Music became the focal point of his life after only two years of studying the piano, and he got his first break in 1960 when he was engaged as the first pianist in Benny Golson and Art Farmer’s band called the Jazztels.

Later that year, he joined Coltrane’s band for an extended engagement at the Jazz Gallery. He appeared on Coltrane’s popular recording “My Favorite Things” and became a member of the legendary John Coltrane Quartet which consisted of Jimmy Garrison on bass, Elvin Jones on drums, Tyner on Piano and Coltrane on saxophone. Together they toured almost non-stop between 1960 and 1965 and recorded a number of classic albums including Live at The Village Vanguard, Ballads, Live at Birdland, Crescent and A Love Supreme. He once described this experience in these words “The Coltrane Quartet was like four pistons in an engine – John, Elvin, Jimmy and I working to make the car go” While still with Coltrane, he managed to also record a series of important albums under his name, primarily in the piano trio format and also appeared as a sideman in many of the highly acclaimed albums of the sixties under the Blue Note Records label.

Tyner’s association with Coltrane came to an end in 1965 when Coltrane’s was becoming more atonal and free. McCoy was not happy with the changes and expressed his disappointment with these words “I did not see myself contributing anything to that music. All I could hear was a lot of noise. I didn’t have any feeling for the music, and when I don’t have feelings, I don’t play”. Consequently, he embarked on his own career and started rehearsing with a new trio. With this new group, he went on to record a series of albums on Blue Note such as “The Real McCoy” and “Tender Moments.”

In 1968, he came out with two more albums “Time for Tyner” and “Expansions”, and in 1970 he released the album “Extensions”. Soon after, McCoy would change record companies and moved to Milestone Records with whom he recorded many influential albums including “Sahara” in 1972, “Enlightenment” in 1973 and “Fly with the Wind” in 1976 featuring Hubert Laws on flute and Billy Cobham on drums. In 1975, McCoy released the album “Trident” in which he played the harpsichord. In 1988 he released the album “Revelations” and in 1991 another album entitled “Soliloquy”. In 2008 he toured with his quartet featuring Gary Bartz on saxophone, Gerald Cannon on bass and Eric Kaman Gravatt on drums. McCoy is considered to be one of the most influential jazz pianist of modern time.

He was a highly spiritual individual and converted to Islam as a young man through the Ahmadiyya Muslim Organization and was active in the movement during the pinnacle of his career. 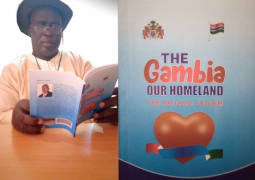 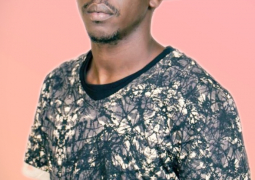 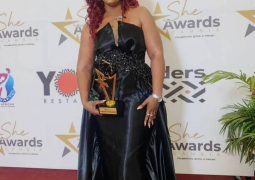