Corruption in The Gambia - A disease that needs urgent cure

Corruption is a ‘chronic disease’ in The Gambia.  If you have never witnessed it before, you may have been a victim of it. Perhaps you are even a culprit of it. The bottom line is, almost every Gambian has heard about corruption.

This ‘disease’ called ‘corruption’ is entrenched or rooted in the heart and soul of our society, from the central government filtering into almost every sphere of Gambian society.

In this article, we will be focusing on Political Corruption in The Gambia.  This form of corruption takes place at the highest levels of political authority in The Gambia. It involves politicians, the president, government ministers, senior civil servants, and other elected, nominated, or appointed senior public officeholders.

Before we dive further into discussing corruption in the Gambia, let’s answer this question to provide clarity and context. What is corruption?

According to the Cambridge Dictionary, corruption is, “illegal, bad, or dishonest behaviour, especially by people in positions of power”. The Oxford Dictionary defines corruption as, “dishonest or fraudulent conduct by those in power, typically involving bribery”.  Merriam Webster puts it this way, “a: dishonest or illegal behaviour especially by powerful people (such as government officials or police officers), b:  inducement to wrong by improper or unlawful means (such as bribery), c: a departure from the original or from what is pure or correct”. Transparency International defines corruption as, “the abuse of entrusted power for private gain”.

The recent disturbing revelation by Dr.AhmadouSamateh at the national assembly is proof that corruption is a ‘chronic disease’ in The Gambia.  The manner in which he described the relentless nature of some heartless public officials’ pursuit of corruptible practices is troubling and disheartening. It is even more devastating to know that, his revelations are just a drop in the ocean, compared to the grand scheme of things. This sober reality makes one wonder, when will all this stop?

Like most Gambians, I detest corruption. It is wrong and we as a nation must find solutions to kick it out of our government system and society in general. There are so many reasons why we must face up to this ‘demon’ known as corruption.

Firstly, corruption erodes trust. When our elected and appointed leaders are entangled in the cobweb of corruption and immersed in its ocean, how then can we trust them? They will not be trusted to work for the collective progress and good of our beloved country and her people. Rather, it will be a race to fill up their pockets by channelling every Dalasi and Butut into their personal accounts. We have all witnessed this time and time again from Independence to the present day.We are tired, and change must happen!

Another major impact of corruption is that it hampers the economic development of The Gambia. It impedes investment, with consequent effects on growth and jobs. Have you for once paused and imagined how different the Gambia would have been if corruption was not the norm since independence in 1965 to date? There are few investments by past and present governments in the economic development of The Gambia. The government does not take interest in building factories and industries to create jobs and uplifting the economic status of the people. Rather, they are busy building mansions with taxpayers’ money. When they are not busy building mansions, they are busy doing shady deals with foreign industries at the expense of our local businesses. The sad reality is that, when a government is corrupt, the prospects of attracting more investment are inhibited and this, in turn, stunts rapid economic development. That is the bitter and sad reality in The Gambia.

Corruption exacerbates inequality, and increases poverty. Inequality is a challenge in Gambian society that needs to be addressed if poverty eradication is to be achieved. Inequality is a concentration of distribution of welfare, consumption, and income. You look at the case of The Gambia, Politicians and public servants are building mansions upon mansions, owning fleets of expensive cars, splashing out on luxurious holidays and shopping sprees in the developed nations, and what do the ordinary people benefit from, nothing; apart from empty and broken promises by those same political thugs. The poor people are the ones that suffer as a result of the greed and wickedness of the corrupt custodians of the national cake.

Do you want to know what else corruption does? It makes our environment suffer because politicians are more concerned about financial gain than protecting our environment. Environmental crisis is another major impact of corruption. A clear example in The Gambia is the continued presence of the Chinese-owned fishmeal plant, Golden Lead operating at the coastal town of Gunjur. Despite the numerous warnings by Scientists and Environmental Activists of the havoc Golden Lead is wreaking on the environment, local employment, and food security, no action is taken by the government. Why is a business that is polluting and destroying our marine life and environment allowed to continue operating? Could it be because someone has their pocket lined up with kickbacks?

Proposals On How To Fight Corruption In The Gambia

Remember this; we cannot effectively combat corruption without tacking the root cause of it. We must face up to corruption at the threshold by setting up institutional systems and incentives to prevent corruption from occurring in the first place. Mitigating and detecting potential risks and addressing weaknesses in the institutions critical to this effort should be part of the process. What must not be neglected is the poor wages of Gambian workers. A total revamp of the wage/salary structure in The Gambia will help fight corruption because if people are paid well and receive good incentives, the urge to indulge in corruption might reduce. Although, there is no justification to be involved in corruptible practices because you are not well paid. In order to address the issue of poor wages in The Gambia, I would recommend that the government introduces a National Minimum Wage for all workers in The Gambia.

Defeating corruption in The Gambia must start with YOU, examine yourself, search your soul and conscience and make a choice today to never be involved in corruption or be an accomplice to it. Determine never to aid or enable corruption. Lastly, if you are already riding the waves of corruption, make a conscious and deliberate decision to repent and abandon the practice. We must all make individual decisions and pledges to frown at corruption and stand by our words and decisions.

Good governance is necessary for fighting corruption in The Gambia. The million-dollar question however is, how do we achieve good governance? We must first start with checking the calibre of leaders we elect into public office. If we are in the continuous habit of electing incompetent, unpatriotic, and self-centered people, they will continue to loot and amplify corruption. I want to believe that by now we have a clear idea of who and who amongst our politicians is likely to put the national interest at the forefront of his/her policies when elected into office. The right thing to do is, entrust such an individual with leading the nation by voting him/her into office in the next presidential election and see what they can deliver. Once they are in power and fail to deliver on their promises, we must boot them out in the next election (no second chances). The biggest caution to the Gambian people is,we must walk away from tribal politics.

The recent revelations by Dr.Samateh on how he tackled and halted a sinister scheme that was bound to cost a considerable loss of public funds to a few greedy and corrupt folks can serve as a blueprint on how to fight corruption in The Gambia. I would propose a complete purging of the civil service to get rid of thousands of ghost workers on the government payroll. A recent paper by the World Bank gave an example of Guinea.

In Guinea, for the first time since the country gained independence in 1958, a register enrolled all of Guinea’s employed civil servants in 2015 by implementing a biometric identification system to conduct a census of civil servants to eliminate fictitious or fraudulent positions and potentially save more than 1.7 million dollars through the discontinuation of salary payments.(World Bank, 2020)

I strongly recommend that the Gambia government introduce this strategy to save us millions of Dalasis in fraudulent expenses. The problem of ‘Ghost Workers’ has crippled us as a nation for too long, and Dr.Samateh recently brought this to the forefront of national debate. Hence, it cannot be ignored; something must be done and done quickly for that matter.

Another solution is,have laws and policies that punish all culprits because fighting corruption requires constant evaluation and monitoring of the implementation of existing policies and strategies to achieve best practice. All culprits of corruption, who are convicted, should face a jail term of 5 years and above depending on the gravity of the crime. In addition to the jail term, a fine of twice (2) the value equivalent to the value of the embezzlement should be imposed and paid. Failure to pay the fine should attract a longer sentence (5 more years).

Have proper checks and balances to combat corruption. We have to put in place powerful autonomous legislatures as these can be instrumental to enhance accountability and reduce executive corruption.  Their role should be to limit, monitor, and where necessary, push back against the executive.  They must be given the power and ability to investigate the activities of the executive arm and make it difficult for government officials to engage in corrupt practices. In addition, all senior executive and government officials and civil servants should declare their assets before taking up office. The asset declaration of the senior executive (President and his cabinet) should be available to the public.

We must hold our leaders accountable. The Gambia has in the past suffered from weak civil participation and this, in turn, led to low political transparency. How many times do we hear political party leaders go on a public platform or campaign trail and discuss sound policies for national development? Most times, the noise we keep hearing from the majority of our political leaders is promises and promises but no substance. They just make noise on how they will build roads, hospitals, schools, power supply, etc. No blueprint or strategies for development. As part of holding our leaders accountable, we must scrutinise them very well before they get to the high office(s). Therefore, I propose a mandatory nationally televised debate for all party leaders during the run-off to elections. During these debates, the public will have the opportunity to hear them tell us their policies and strategies.  In addition to this, we must move away from the culture of thinking our political leaders particularly the president and his executive are above reproach and immune to constructive and justifiable criticism. No leader is above the law!

Lastly, Gambians cannot afford to keep saying, “We will never stop corruption”, “It is impossible” etc. If nothing is done, the change we crave will never happen. We all dream to see a Gambia free of rampart broad daylight corruption. The challenge is, we must all rise up and collectively fight for our dream. 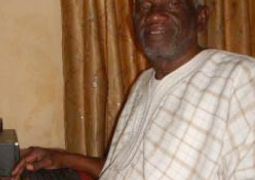 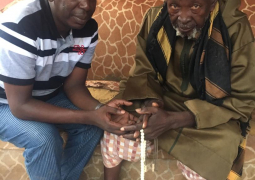 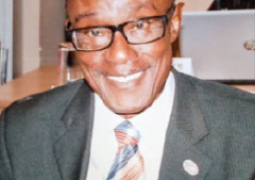