Malamin Ceesay, a former police commissioner on Monday told the Truth, Reconciliation and Reparations Commission of his involvement in the investigations of 2006 Ndure Cham attempted coup, the disappearance of two American brothers in the country and the alleged massacre of about 51 West African migrants. 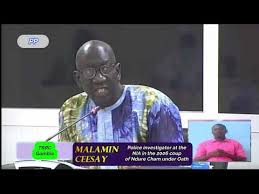 Giving his account on the 2006 attempted coup led by Ndure Cham, the witness recalled that the then Inspector General of Police (IGP) Ousman  Sonko informed them at Major Crime that a panel of investigation was to be formed at the National Intelligence Agency (NIA) and the police needed to take part.

He recalled that he was present at the panel with Demba Sowe, now the Crime Management Coordinator (CMC), Boto Keita, Ablie Sowe and other personnel from the NIA and military.

The witness noted that he did not participate in any alleged torture, indicating that the then director of NIA, the CDS, IGP and Momodou Hydara were in charge of all that happened in the panel.

The witness told the commission that former President Jammeh was aware of what was happening in the panel as well the tortures.

The panel, he added, failed in their responsibilities and the arrest and subsequent disappearance of some suspects were inhuman.

On the disappearance of two American brothers, who were allegedly killed by Gambian authorities, witness said a panel was constituted for investigation and trace of the two Gambian Americans.

The panel, he said, comprised him and one Amadou Kujabi from the police and Gomez from the military intelligence, Ousman Jallow and Camara from the NIA and a lawyer from the Attorney General Chambers.

“We later heard the Americans were in Bissau and the panel was transferred but they couldn’t be traced. The government launched an investigation to cover-up from human right investigators. I heard from a reliable source that when the American investigators came to the country, they wanted to visit the NIA and Central Prisons, Mile 2,but they were denied entrance.”

The then IGP, he added, told them the American brothers were spotted in Guinea Bissau and the information was to blindfold them.

Regarding the massacre of 51 West African migrants, the witness explained that there was an investigation conducted and they did not make any declaration concerning the investigative report.

He admitted the panel of investigators was cooked and several information carried by the report were all lies. 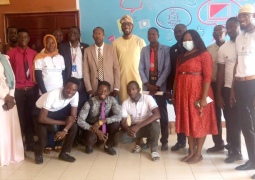 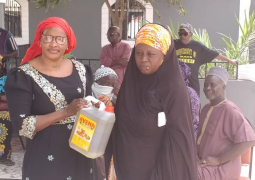 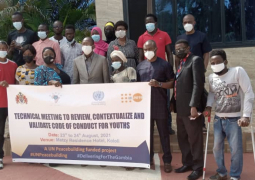