CPD provides the avenue through which candidates share their policies and programs. The overall objective of the debates is to promote accountability, peace and stability during the electoral period.

The Commission however started the 2022 Parliamentary National Assembly debates on Wednesday 23rd March with candidates from Banjul North at Atlantic Hotel in Banjul.

Following the birth of the Commission, the country witnessed its first ever political debate in the political history of The Gambia. The debate was organized in partnership with the International Visitor’s Leadership Programme now called US EPAN-The Gambia and the National Youth Parliament.

The success of the 2016 Presidential debates culminated into a series of debates organised by the Commission together with its partners such as the US Embassy, Banjul and the National Youth Council. The highlights included the 2017 Parliamentary debates, 2018 Mayoral debates and current affairs debate.

Its most recent activities included a consultative meeting with all political parties, courtesy call meeting on all media partners, Women Leaders training on Policy debate powered by the US Embassy, Banjul, and the 2021 Presidential debates sponsored by the National Democratic Institute.

Bakary Fatty, executive director for CPD stated that the 2022 parliamentary debate and the interest around it shows how far they have come, adding that they came up with the debates to serve the country and encourage political openness, good governance and accountable leadership.

Hanna Foster, board chairperson for the Commission on Political Debate wished everyone peaceful and credible parliamentary elections, adding that they organise the debates to give candidates the opportunity to share their policies, intervention and programmes with electorates to help them make inform choices about who to vote for. 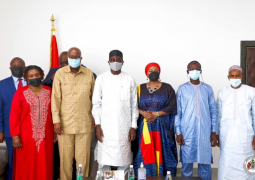 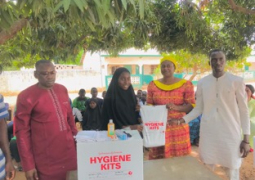 As part of Child Fund’s efforts in ameliorating the living condition of displaced children affected by the last skirmish between the Senegalese forces serving Ecomig in The Gambia and the MFDC Separatists, ChildFund International- The Gambia recently distributed 2250 hygiene kits to affected communities in the Fonis. 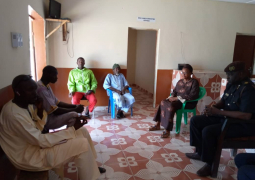 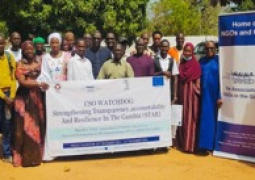 CSO/NGO launch platform for the coordination of evidence based advocacy

The Civil Society Organisation/Non-Governmental Organisation (CSO/NGO) platform for the coordination of evidence based advocacy was on Tuesday launched TANGO conference hall.