Held at the National Centre for Arts and Culture (NCAC), Banjul, the 36-page book comprises nine interesting chapters that include a wide publicity of the country’s 2017 political impasse, the coalition victory, IEC counting error and Yahya Jammeh’s eventual backtracking on the results among a host of other issues.

The Gambia Printing and Publishing Corporation published the book.

Commenting on the book, Hassoum Ceesay, director general of the National Center for Arts and Culture (NCAC) commended the author for his ability to put together events surrounding the 2016 presidential elections, as they unfolded particularly the last four months of 2016 until the defeat of ex- president Yahya AJJ Jammeh till relinquishing of the mantle of leadership on 19th January, 2017.

DG Ceesay, a renowned Gambian historian himself, spoke highly of the book, indicating that the book is like a diary of the important events, which he said, is about four years old which made it not yet a history book.

“But will be of historical value in future talking of 30, 40 years to come. Historians and other people will get interested in the fall of Yahya Jammeh, the actions and personalities that contributed to the change of government in 2016.”

Writing a book, he said, is not an easy task; hence it is not only writing behind publishing a book. “But what keeps writers going is the fact that they are putting certain aspect of Gambian life, culture, history, literature into writing for posterity, which is the only way to keep history.” 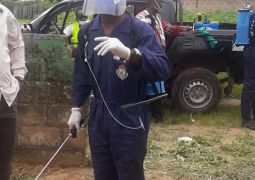 Association for the Support of Grassroot Communities, a local NGO based in Kafuta on Sunday embarked on a mass fumigating exercise in various mosques, churches and market venues in Kafuta. 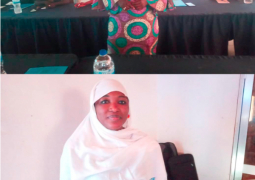 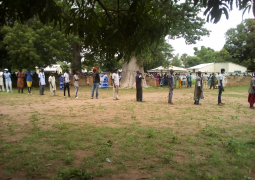 Ousman Mankara, a senior Community Development Officer at the Department of Community Development (DCD) Research, Planning and Monitoring and Evaluation Unit has called on beneficiary communities of the ‘Nafa Quick’ cash transfer to utilize the money on household activities so as to reduce the challenges they currently face.