Chief Executive Officer of Breakfast For the Sick The Gambia, Buba Kasong Barrow said the initiative was conceived in 2017 when he visited Gunjur Health Centre knowing that Gambia government does not provide breakfast for minor health centers.

Barrow recalled that in 2018, the initiative was implemented at the Gunjur Health Centre, adding that the initiative today attracts overwhelming reactions and acknowledgement from patients.

The initiative, he added was also launched at Njaba Kunda Health Centre, further applauding philanthropists and concerned Gambians, who contributed towards the success of this initiative.

He lauded the charity for such initiative at Sukuta Health Centre.

Ismaila Cham,a native of Sukuta prayed for the sustenance of the initiative.

Speaking on behalf of the Nurse-in-Charge of Sukuta Health Centre, Moro Darboe underscored the importance of the initiative, saying breakfast for the sick is significant for patients.

The chairman of Gunjur Development Village Committee, Tijan Bojang, Councilor of Gunjur Ward, Momodou Charreh Jibba and a cross section of the community graced the ceremony. 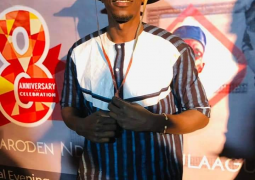 President of Fulbe Africa (FA) has called on all stakeholders to embrace the culture of tolerance and support initiatives that would foster respect, peaceful co-existence and dialogue among people of different religious and cultural backgrounds in the country. 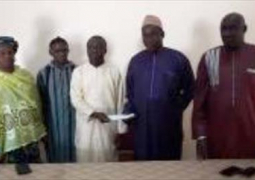 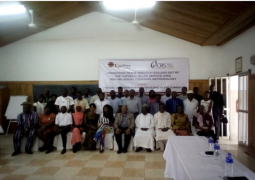