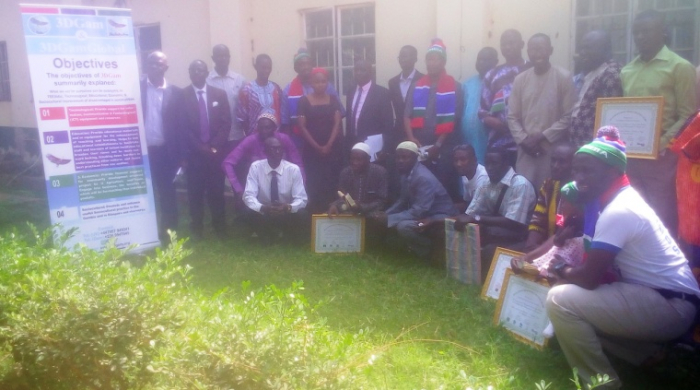 The ceremony was presided over by the Homeland General, (head of 3 D Gambia cabinet), Lamin Jawara and deputy PS MoYs Lamin A Camara.

The MoU, according to officials, seeks to establish a co-operative relationship between the two institutions. It also seeks to ensure a more collaborative engagement and recognition between 3DGam and Youth & Sports.

According to officials, the organisation is a foundation of like-minded individuals who want to radiate goodness in mankind with a plain progressive agenda with no ‘ifs’ and ‘buts’. It is apolitical, non-religious, non-ethnic/tribal or section based.

Part of the MoU is to create awareness on specific needs to promote partnership based on an active dialogue and interaction between the Ministry and partner organisations in the promotion and development of youth empowerment and sports.

Jawo acknowledged that the noble objectives of 3Dgam have been manifested in several forms, which he said, include provision of support to schools and other institutions as well as collaborative efforts aimed at improving the quality of life for vulnerable communities in this country.

“One such initiative in the schools is the human rights project, which is helping to raise awareness of the sanctity of respect for human rights amongst young people in the country. While it is quite commendable for the involvement of various organizations and groups in the empowerment of the young people, but it is also extremely important to coordinate such activities rather than each one doing their own thing.” Jawo added.

Representing the Ministry of Youth and Sports, Lamin A. Camara, deputy permanent secretary, said The Gambia through the Ministry has made youth and sports development a national priority.

DPS Camara indicated that the key goals of the Ministry are to empower young people to be able to harness their potential for self-fulfillment and responsible citizenship.

“It is our hope that, as a ministry we will continue to work with you and give hope to our youth to participate meaningfully in the socio-economic development of this country.”

The ministry, he added, would continue to collaborate with 3DGam in all possible means to ensure that, the youth realize their dreams and aspirations in the new Gambia. 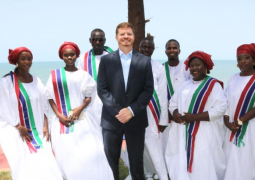 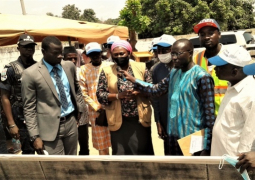 The Minister of Youth and Sports, Bakary Y. Badjie last Wednesday presided over the the foundation stone laying of a new multi-purpose center for youths of Brikama, and West Coast Region. The center is initiated by Saama Kairo Federation in partnership with ChildFund The Gambia. 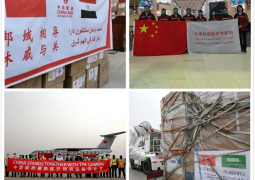 Celebrate the special Eid-al-Adha in fighting against COVID-19 (By H.E. MA Jianchun, Chinese Ambassador to The Gambia)

In a few days, Muslim friends in The Gambia will join Muslims around the world for the feast of Eid-al-Adha, which is better known locally as Tobaski. On behalf of the Chinese Embassy and in my own capacity, I would like to wish all Gambian Muslims a joyous and blessed Eid celebration.